It's late November, and that means a weekend of WWE team warfare, starting with NXT WarGames!

If the last two editions of TakeOver: WarGames are any indication (particularly the superb 2018 version), this Saturday night's show should be pretty goddamn fantastic.  We've got TWO big matches inside the double-ring cage, a triple threat with Survivor Series implications, and a dream match including a returning NXT legend.  Unfortunately because of WWE's obsession with beating AEW in the Wednesday night ratings, this year's WarGames has been shortchanged in the build, in favor of the 3-way Survivor Series angle.  But that shouldn't stop this from being a great show.  Let's get to it. 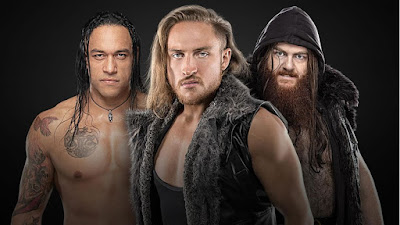 This was just announced a few days ago, to determine who will face Adam Cole for the NXT Title at Survivor Series.  Should be a fine triple threat, and hopefully whoever wins won't have burned himself out before fulfilling his double-duty this weekend.  To me Dunne makes the most sense to challenge Cole.  Dain is just being rebuilt, and Priest is more or less brand new to NXT.

Pick: Pete gets it Dunne 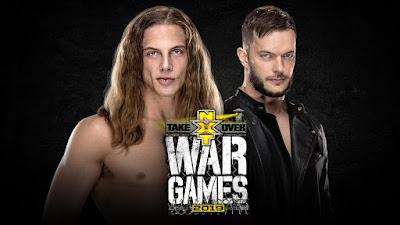 This match could steal the show.  I'm very happy Finn is back on NXT where he'll actually be utilized properly, and I'm sure he's having a grand ol' time away from the main roster nonsense.  A heel turn for him was long overdue, so it's nice to see him return to those roots as well.  Riddle is one of the best workers in the company, so this'll be a helluva contest.  I gotta think Balor takes this one.

Pick: Finn with the win 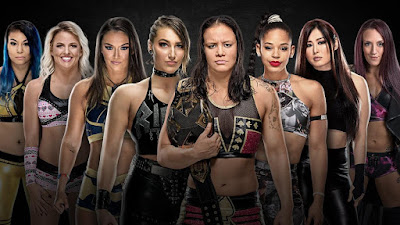 The first-ever women's WarGames match will be interesting at worst, and given some of the talent involved should be quite good.  Fitting two of these matches on the same show will certainly be a challenge, and I imagine one of them could open the proceedings.  Since Shayna is facing Becky and Bayley the night after I'd say it's a lock that her team wins here to keep her strong.  But regardless, this should help build the NXT Women's division and establish numerous contenders. 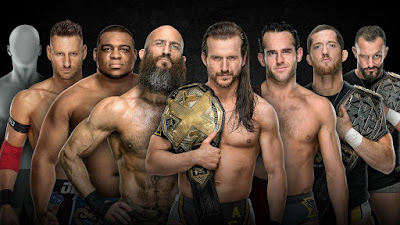 Last year UE was one half of one of the greatest WarGames matches of all time, and it'll be fun to see them try to duplicate that feat this year.  I know Adam Cole is working pretty banged up, so hopefully he'll take it easy; he's got a big weekend ahead of him.  Ciampa leading a team of babyfaces is still pretty weird considering what an amazing, hated heel he was, and I'm wide open as far as who the mystery partner will be.  Kevin Owens is certainly a possibility since they teased him joining NXT this week (and I think that idea was being floated a few months ago).  Given Triple H's announcement that the reveal would be a huge deal, Owens seems the most likely choice, as opposed to someone they aren't using, like Cesaro for example.  Regardless, you never bet against the team with the mystery partner.  This match should be great.


Short and sweet this time around.  This is a nice, loaded 4-match show and should be one of the best of the year.  It may also be the last TakeOver to take place the night before a main roster PPV, as I understand they're changing the schedule around.  That sucks, I like having these destination weekends.