The Worst Thanksgiving EVER

Since Turkey Day is upon us, my associate Dan Moore and I would like to share with you our worst Thanksgiving memories.  Enjoy, if you can.....

Gather 'round children, as I tell you a tale conjured from the combined nightmares of Jason Voorhees, The Babadook and Khloe Kardashian. At a Thanksgiving feast a few years ago, my family trekked to Auntie Patty and Uncle Benny’s house. Uncle Benny was the best cook in the family, and also a true vulgarian, so it was always a blast to eat some bird and listen to him say outrageous things to the old ladies in attendance. A marvelous human being.

A typical Thanksgiving scene welcomed me with open arms as I walked into my aunt’s house. There was bread being baked, glass cornucopias filled with fake fruits, and a banquet table with a giant, steroid-filled turkey and all the fixings. Stuffing, squash (the baby puke of sides), corn, cranberry sauce (the Jell-O from hell) and that’s it. WAIT. WHAT? In one of the most preposterous moves in the history of gluttony, Uncle Benny decided that year NOT to make mashed potatoes. Seriously. Just gone. The fucking glue of the Thanksgiving meal was cast aside like a late hobo at the soup kitchen. 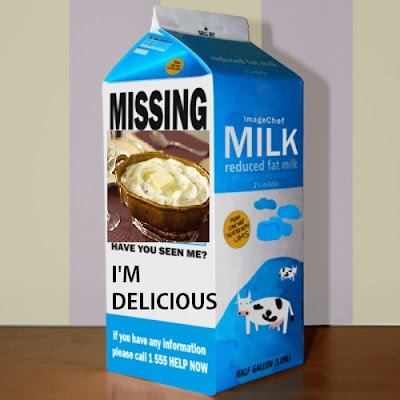 It was, to put it mildly, disappointing. There were many tears shed that day at the lack of the beautiful mound of swirly goodness. We should’ve been laying our heads on the opaque pile of buttery flavor. Instead, we were pelted in the head with starchy, overcooked rocks.  He decided on roasted potatoes that year. ROASTED. The red-headed stepchild of the potato family. Motherfucker coulda thrown French fries my way and I woulda been happier. At least with the abundance of gravy about, I coulda made some poutine. It’s still brought up to this day in our family, and I for one will never forget that blackest of holidays.  It was a truly brutal nut punch. That’s the worst kind of punch. Right on the nut.

The only way that Thanksgiving could’ve been worse:

In the late 90s I joined my parents for Thanksgiving at their friends' house.  It was a large gathering, with kids and grandkids running around, making so much noise I couldn't hear myself fantasizing about Steve Austin fighting Bill Goldberg (Listen, you fantasize about what you want to and I'll fantasize about what I want to.  Assholes....).  We proceeded to gather around the two adjacent tables (since there isn't a dining table in the free world big enough to accommodate this bloated roster), and after piling roughly 64 pounds of Thanksgiving accoutrements onto my structurally stressed plate, I discovered to my horror that my hosts did not provide gravy.

I'd like to repeat that last part: DID NOT PROVIDE GRAVY. 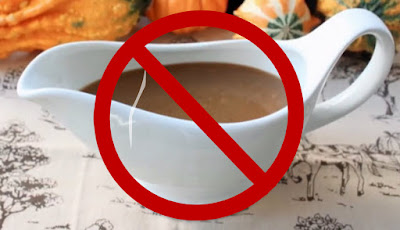 What kind of Communist jamboree had I been dragged to where I'm expected to eat white-meat turkey (typically the dryest of meats) without drizzling a gushing torrent of scrumptious, buttery, brown fat all over my plate?  This was intolerable.  What's for dessert, a bucket of sand?  Sawdust in a bag? A tablespoon of Nestle Quik?  Now I know what Hell looks like.

No thank you, kind sir and madam.  Good day to you!