It's that time of year again folks.  It's my favorite gimmick PPV, the one WWE phoned in for so many years but finally remembered how to do well, the Survivor Series! 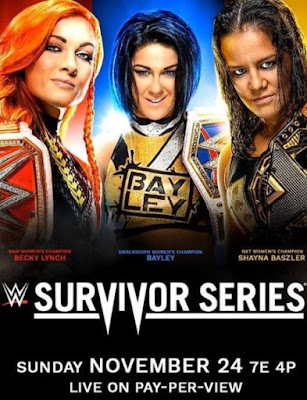 For the fourth straight year we have a good on-paper lineup based on brand supremacy (two of the last three editions were in my opinion the best main roster show of the year despite literally nothing being at stake), and this year we have the added wrinkle of the NXT crew being involved.  While there are definitely too many three-way matches on this show, we could nonetheless be treated to another high-quality Survivor Series.  Look, I get that the brand rivalry thing is idiotic; why would babyfaces and heels align just because they happen to be on the same show, particuarly when we just had a draft, and why do they have to wear the stupid goddamn branded t-shirts, and why don't they have draft picks at stake or something?  But ya know what?  Once a year I put that kind of logic aside and just enjoy a PPV that reminds me of the classic Survivor Series lineups of old.  And this year there's no shortage of potentially great bouts.  I'm fully aware WWE could fuck it all up, but I'm hoping they can get out of their own way.  Let's get to it....

The Viking Raiders vs. The New Day vs. Undisputed Era 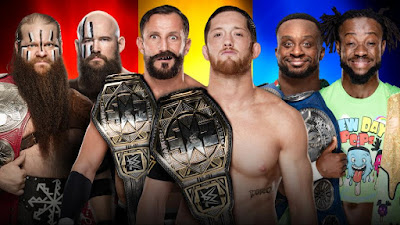 One of a few matches with show stealing potential, this one pits the championship teams from each brand against each other.  The Raiders and Fish & O'Reilly are no strangers to each other and are always great together, while New Day (Hey, remember when Kofi was a main event guy?  Good times.) are always fun to watch.  I'll go with the Raiders to win here. 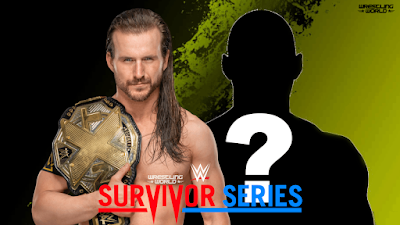 This is tough to predict since we won't know until the night before who Cole's opponent will be, but I picked Pete Dunne to get the match here.  If that's the matchup this should be awesome.  I don't see a reason to change the title, but stranger things have happened. 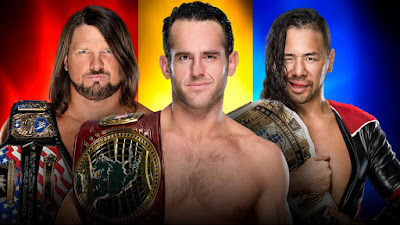 Another match with huge potential.  I'm hoping this won't be a WWE-produced match and they'll just let these three do their thing.  AJ is almost always great, Strong is one of the company's best workers, and Nak can be awesome when he wants to be.  I think AJ probably takes the duke. 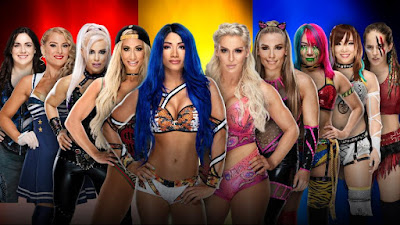 Welp, these next two are tough to pick since we still don't know who's on either NXT team.  Idiots.  Regardless, I'm excited for both of these elimination matches, as the idea of 5-on-5-on-5 occurred to me probably 25 years ago and is something I've wanted to see ever since.  Let's hope they don't screw it up.  With a minimum of 10 eliminations and possibly as many as 14, both of these will need to go 35 minutes or more to avoid just being a series of falls.  This will be challenging but could be awesome if they do it right.  As for a winner, the Smackdown team kinda sucks so it shouldn't be them unless Sasha's the sole survivor.  RAW's team is very strong.  NXT's should be solid. 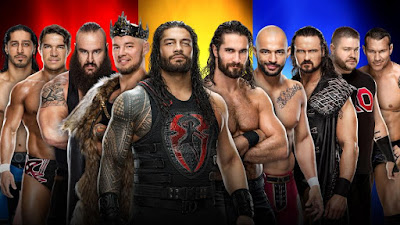 Same deal here.  RAW's team is pretty strong, Smackdown's is pretty weak, and NXT's should be good once they reveal it.  I'll pick Roman and maybe Braun to defy the odds after the rest of their team gets disposed of. 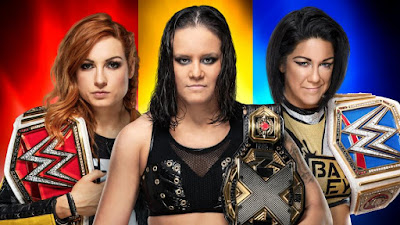 I'd rather see Becky vs. Shayna one-on-one, but this should be good too.  Bayley is the resentful afterthought in this match so hopefully she get some good moments to make up for it.  Becky and Shayna both have to be kept strong so I expect Bayley to take the fall, thus explaining why she's in the match.  I'll say Shayna taps Bayley while Becky is outside the ring recovering. 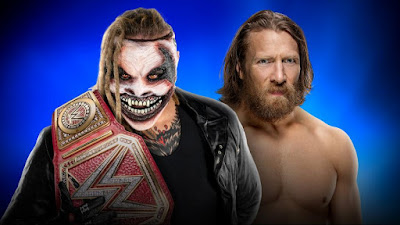 Wow, it's been almost six years since these guys originally feuded.  Wyatt won that time and he will again here.  But like that match, this could be really good.  Unless they keep using the stupid fucking red lighting.  Lose that shit, pronto.  It's embarrassing.  Anyway I just hope Bryan isn't here to get squashed. 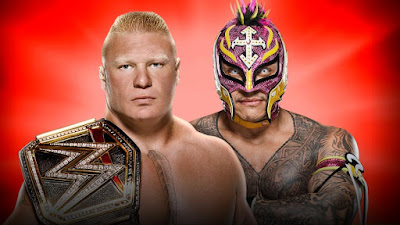 Yet another match that could steal the show if handled right.  Rey has actually made the most of what looks on paper to be a steamroll-type situation.  This will be Brock's third consecutive Survivor Series match against a small opponent, and should continue his streak of excellent matches at this event.  Since it's NHB we could actually see the upset.  Vegas odds don't have it going that way, but how elated would this crowd be to see it happen?  Still the safe money is on Brock to retain.


Well, if nothing else WWE has made Survivor Series truly feel like a Big Four event again, and a shit main event in 2017 aside, they've delivered three good-to-great editions in a row.  Let's hope this is a fourth.