You Used to Be Sooooo Good: Saturday Morning Cartoons

Welcome to another edition of You Used to Be Soooo Good, where Justin and I, Dan Moore, discuss things used to be awesome but now, eh, not so much. This week we discuss what may have been the greatest event our youth, and it happened WEEKLY. That’s right…

Saturday Morning Cartoons:  You Used to Be Soooo Good 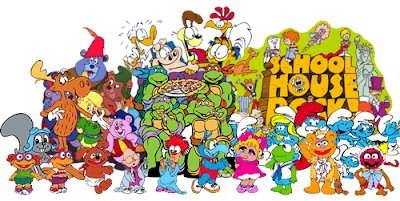 Dan: Let me throw the old man pants on here…BACK IN MYYYYYY DAY…all right, so when I was a kid, you got woken up by parents every day for school at 7AM Mon-Fri for the first bell at 8:10 AM. Getting out of that little twin bed during the week was damn near impossible. Just could not do it. Around 7:50 I’d finally peel myself from the Empire Strikes Back bed sheets, and make my way to the dreaded school house. It was horrible.

But then, Saturday morning would come around. I’d be up earlier than a long shore fisherman when the shad have arrived. Around 6 AM every Saturday morning, the three kids in the house would be up and down like goddamn Mexican jumping beans. Saturday morning cartoons started at 6 AM and we watched them all morning, every week til noon, when the news came on and ruined fun. It was an institution. It was immeasurably awesome. It was literally the only reason to get up that early every Saturday.


Justin: That was the highlight of the week, every week.  Event television every seven days, when for some reason you were never too tired to get out of bed early and watch some silly animated programs.

The earliest years are fuzzy for me, but looking back on the network Saturday morning lineups (which you can find broken down by year on Wikipedia) I can definitely say starting at the end of 1982 (I was in second grade) I fully remember each of my Saturday morning viewing schedules.  For four years I was exclusively glued to the cartoons, until 1986 when I added WWF wrestling to the agenda.

So what would you say are the five best cartoons you watched over the years?

Dan: Exactly, Saturday was the little kid Super Bowl, EVERY WEEK. You’d sit down with the child equivalent of chips and beer, you know, cereal and Ecto Cooler. Then for six hours, gorge yourself on stuff you had no business eating, while blasting before you were poorly animated half-hour cartoons for poorly crafted plastic baubles your parents were forced to buy you lest you cry about it for hours, only to have it break in your hands after a few minutes of playing with it, leading to tears anyway. Man, those were the days.

The ones I remember never missing, off the top of my head, were: 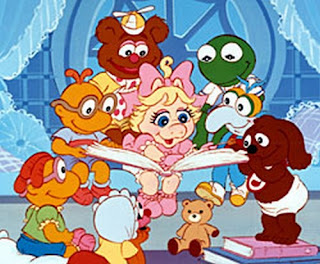 3. Pee-wee's Playhouse (The man was a genius) 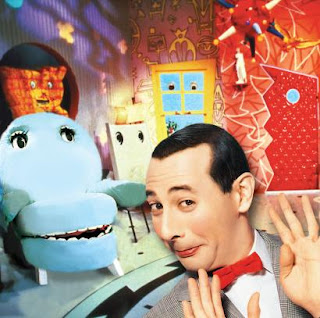 4. Alvin and the Chipmunks (I remember watching the show, but I don’t remember liking it) 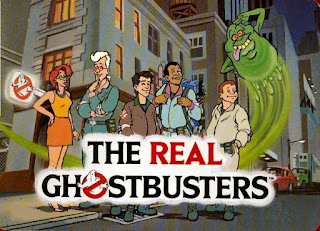 Those are the ones that really stand out, but honestly, my brother, sister and I watched whatever flashy colors jumped in front of us. Whatever block of cartoons was on we watched. Smurfs, Gummi Bears, Ducktales, My Pet Monster, Galaxy High, Dungeons & Dragons, Pac-Man…we watched every one.


Justin: Ecto-Cooler was a little after my time (I was like 12 when that came out.  That stuff is sooo for 10-year-olds.), so I would just have more cereal (one Saturday I split a box of Froot Loops with two friends who had slept over and we killed the entire box).

The shows I never missed were:

1. Muppet Babies - This show was fucking genius.  Combine Muppet children with every awesome movie and TV show of the previous 20 years.  The first episode I ever saw was when they made their own version of Star Wars, and from then on I was HOOKED.  "Gonzolo to the rescue!"  Gonzo + Han Solo = Gonzolo.  Get it?  I'm still holding out hope that the rights will be squared away so they can release this show on DVD.  I would buy it in a heartbeat.

2. SuperFriends/Super Powers - The DC characters took over my TV for an hour every Saturday.  It was so much fun at the time, all the major DC superheroes on one show.  I would especially be excited when Green Lantern or The Flash would show up, which was pretty rare.  This show also introduced me to Darkseid, who was an awesome villain.  Incidentally this show is completely unwatchable now, but at the time I loved it.

3. Spider-Man & His Amazing Friends/Incredible Hulk - What a brilliant move, to put Spider-Man and Hulk cartoons back-to-back.  Much like SuperFriends, these shows are terribly-written garbage, but to 7-year-old Justin they were so good!  The only thing that got my goat (and this drove me nuts even as a second-grader) was that when The Hulk turned back into Bruce Banner, HIS CLOTHES GREW BACK.  Ummm, what???  Dude, if a 7-year-old is bothered by this plot hole, you got yourself a bush league television program. 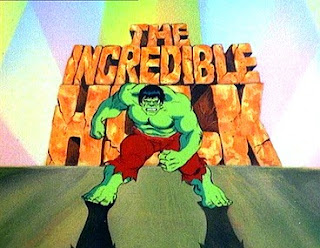 4. Pee-Wee's Playhouse - I only stuck with this show for the first season, but for that year I absolutely loved it.  So bizarrely goofy, like Howdy Doody on crack.  This was one of the first instances of my recognizing obscure actors from TV and movies in other projects.  Shortly after Pee-Wee's Playhouse debuted I also started watching Saturday Night Live and I recognized Phil Hartman as Captain Carl.  A few years later I also recognized Laurence Fishburne in some movie (don't remember what exactly), and said "Hey, that's Cowboy Curtis!"

5. Hulk Hogan's Rock & Wrestling - I have to put this on the list, in spite of how brutally stupid a show it was.  This show introduced me to pro wrestling.  I was vaguely familiar with Hulk Hogan from Rocky III, but it was because of this cartoon that I became a fan of his, and learned who Rowdy Roddy Piper, Andre the Giant, Junkyard Dog, The Iron Sheik, etc. were.  When I started watching wrestling in 1986 I already knew half the guys on the roster from this dumbass cartoon.  For that reason alone it makes my top five. 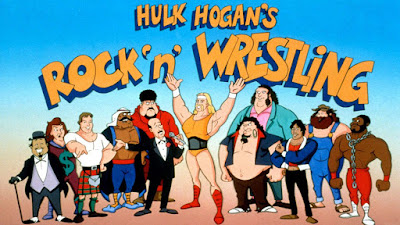 Dan: Now the issue with cartoons is they are so readily available. They are everywhere, all the time; hell, there’s a Cartoon Network (which is hilarious). The idea of constant cartoons is of course amazing for a child. But it basically ruins the specialness of what the Saturday morning cartoons were. They were an event you wanted, you needed on the weekend.

It’s no longer special. No longer a weekly event. We loved sitting there all morning and watching them. The abundance of content now allows kids to suck down cartoons day and night, like some sort of animated alcoholic. Is this bad? For my memories of how awesome those days were, yes. For parents that wanna flop their kid down in front of the electric babysitter, it’s probably a Godsend.


Justin: Now, as far as cartoons today.  I honestly can't say I've watched many of them, but one thing I've noticed (and I'm sure this was sometimes true when we were kids), is that every character on every show TALKS THIS GODDAMN LOUD ALL THE TIME FOR NO REASON WHATSOEVER!!!

I mean, do kids not pay attention to anyone who isn't yelling in their faces constantly?  Do they need to be beaten about the face with TV dialogue in order to follow the plot?  It's just seizure-inducing.

By the way, Spongebob Squarepants doesn't hold a candle to the stuff we used to watch.


Dan: And there you have it. The halcyon days of six hours of cartoons on one single day are over. Get used to it…or off yourself.

Tune in next week when me and baldy discuss something else that used to be good, but now blows because we’re old curmudgeons that never see the light of day and yearn for Ecto Cooler and sugary cereal highs.

Posted by Justin Enuffa Ballard at 9:17 AM