Hard to believe we're already at the fourth annual Brooklyn TakeOver event.  The 2015 edition, the first-ever NXT special to emanate from a full-size arena, raised the bar very high for the upstart developmental brand and began a nearly unbroken tradition of NXT specials overshadowing their main roster counterparts a day later.  NXT continues to be the one aspect of WWE programming that consistently works, and they just keep chuggin' along despite very high turnover (as the main roster raids their talent only to bury most of it).

Anyway, this Saturday's Brooklyn special promises to be potentially the best one yet, with five big matches that look great on paper. 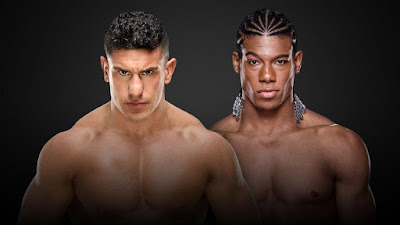 The uber-charismatic, high-flying Velveteen Dream is this year's surprise hit in NXT - an over-the-top personality who can actually back it up once the bell rings.  Ethan Carter has oddly not been featured much on TakeOver specials thus far, I wonder if he's being quickly groomed for a call-up, given his jacked physique.  This match will be a clash of styles but should be a quite entertaining undercard attraction.

Justin: I think EC3 gets a win on his way to a near-future main roster debut
Landon: EC3 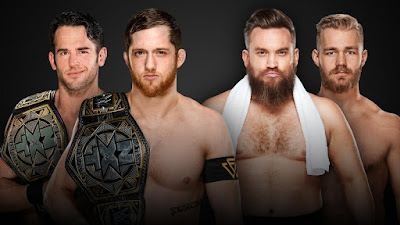 This'll be a great technical tag showcase.  All four of these guys have impeccable grappling credentials and they've traded the belts back and forth once already.  I'm looking for non-stop action amid dazzling European-style mat wrestling. 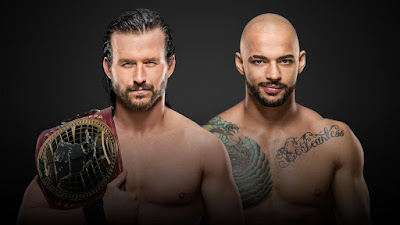 This just might steal the show.  Cole's charisma vs. Ric's impossible aerials.  Should be a spectacular contest.  I think Ricochet probably takes this one, and I wonder how soon Cole's main roster number will be called. 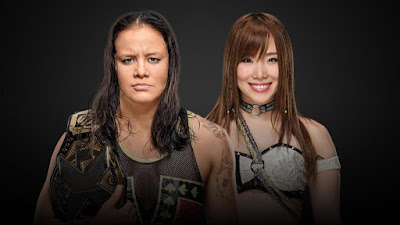 It's a rematch from the 2017 Mae Young Classic, as the eminently likable Kairi finally gets a proper title shot.  Baszler has been splendid as the legit-scary unstoppable beast, so this should be your classic David-Goliath battle. 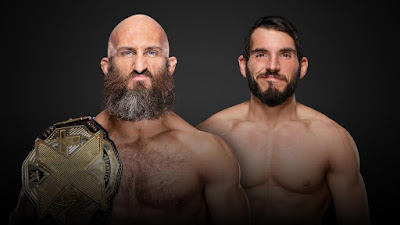 Well this was unexpected.  Aleister Black's title run was cut very short due to a legit groin injury (g-g-groin, g-g-groin, g-g-groin injury), and now the hottest feud in NXT history is now for the promotion's top championship.  Ciampa-Gargano has already delivered two epic TakeOver main events and we're now getting a third.  They're 1-1 so far, thus we'll get a rubber match here (unless it goes to a double-knockout, which would be lame).  I kinda think Gargano takes this one to settle the feud and win the title.

Once again it appears NXT will upstage the main roster PPV; this lineup is airtight and fantastic-looking.  As I said, this could be the best of the four Brooklyn shows.