Welcome to Enuffa.com, and another edition of Top Ten Things!  I got ten things I wanna talk about.  The TOP ten things.  There's ten of 'em.... 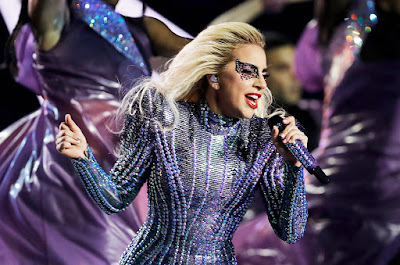 Today's topic is the musical stylings of one Stefani Joanne Angelina Germanotta, better known to the entire world as Lady Gaga.  Gaga began flooding radio stations everywhere in 2008, with her offbeat, anthemic dance-pop tunes and outlandish fashion sense.  Her appearance and songwriting were so bizarre she seemed to have arrived from outer space, and my first impression was "What a weirdo."  But after more of her radio singles emerged I began to realize she was much more than just a gimmick.  It seemed each new song revealed more and more of her unique compositional and vocal ability, and by 2009 I found myself almost reluctantly becoming a fan.  Her second album Born This Way had a decidedly 80s pop feel and showed a more spiritual, sociopolitical side to her music, while her third, Artpop was a rather satirical look at her own megastardom.  In 2016 though, Gaga stripped away most of her eccentric theatricality and released an understated set of 70s-infused pop-rock songs with a more personal flavor.  Joanne was a major departure, and a refreshingly restrained album that demonstrated Gaga's versatility and willingness to reinvent herself.  Stylistically she can go anywhere she wants from here, and I'll be very interested to see where that leads her. 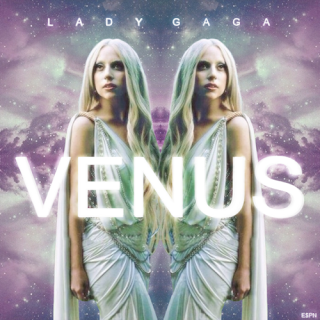 Our first entry is the midtempo, 70s disco-influenced song that draws parallels between sex, mythology and astronomy.  What could easily have been a silly throwaway track is made fascinating by a fairly dark timbre, playful lyrics, and a wonderfully hooky chorus rife with layered vocal harmonies.  "Venus" helped set the tone for Gaga's third album Artpop by suggesting a self awareness and injecting a bit of pop star satire. 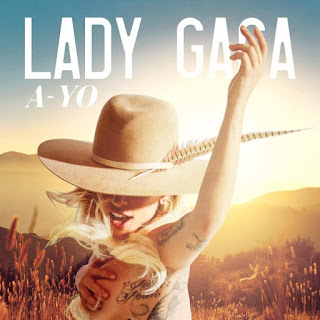 Co-written by (and featuring) guitar whiz Mark Ronson, "A-Yo" is one of several songs on Gaga's latest album Joanne that serves as a major stylistic departure for Lady Gaga.  Gone are the over-the-top dance beats and synth trappings; in their place is a pop-rockabilly feel with a Shania Twain swagger and bombastic guitar licks.  "A-Yo" might be the most purely fun song on the album but it also shows a songwriting maturity and eagerness to evolve. 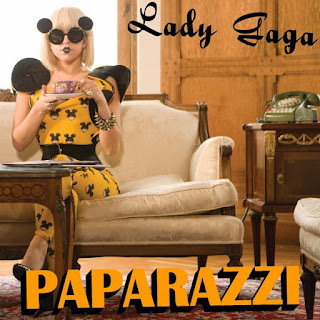 "Paparazzi" was the first Gaga song I begrudgingly liked.  After "Just Dance," "Poker Face," and "Lovegame," (none of which are favorites of mine to this day), "Paparazzi" was the one song that made me go, "Huh...okay, this is pretty good."  This super-hooky midtempo number features vocals reminiscent of Gwen Stefani, and takes a sardonic look at the media's obsession with celebrities.  It also marked the first Gaga video to feature a story (and a pretty messed-up one at that): Gaga is pushed off a balcony by her boyfriend and spends much of the video wheelchair-bound before making a full recovery.  I wouldn't become a real Lady Gaga fan until after "Bad Romance" was released, but this song at least left me open to the idea, and it's still my favorite track from The Fame. 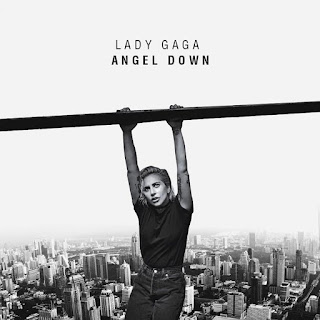 The strongest Joanne track is this morose guitar-based ballad dealing with gun violence and the apparent lack of urgency to correct it.  With chord changes evocative of Hozier's "Take Me to Church," the song takes on a dirge-like quality, conveying both sorrow and anger at the reluctance of those in power to prevent future gun-related tragedies.  It's a powerful message song on an album that marked an abrupt change in style and sound, showing multiple new facets of Gaga's talent. 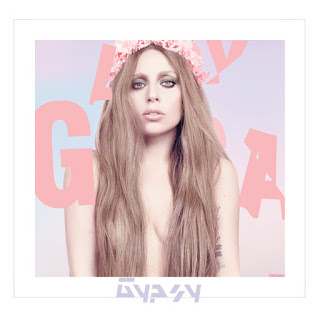 One of the most upliftingly bittersweet tracks on Artpop is this elegy to life on the road, as Gaga explores themes of touring loneliness and wanting someone to share it with.  The bouncy 80s style beat is at odds with the song's contemplative subject matter, and the combination makes for a movingly hopeful pop hit.  This song snuck up on me but quickly became one of my favorites, and for some reason chokes me up on a regular basis (Yeah yeah, shut up). 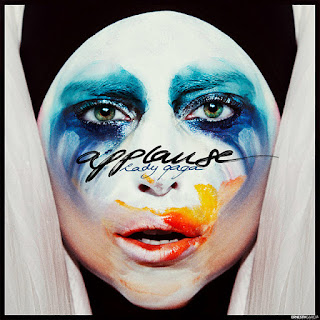 If Artpop is a celebration of pop star excess, "Applause" is the exclamation point at the end.  The first single from this album was oddly placed last in the expansive track listing, closing the album on a decadent high note.  With a strong David Bowie influence, the song simply talks about Gaga's need for the spotlight and feeding off crowd energy.  There's no complex message here; it's all about living for her fans' approval, but it's a spectacularly hooky song with an oddly dark tone.  Thus it fits right in on this dramatic, rather sardonic album. 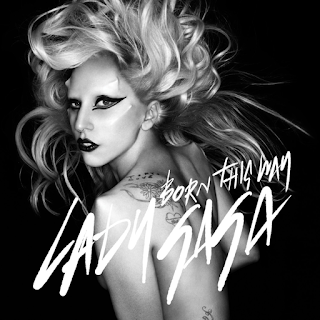 One of Gaga's biggest hits was this triumphant anthem celebrating all that makes us unique.  Aimed most specifically at the LGBT community, "Born This Way" also contains an autobiographical slant, driving home the message that we should never apologize for being ourselves.  Its energetic beat is infectious, but the song's lyrics convey an inspiring, emotionally charged message of defiance against those who judge and exploit our differences.  This was Gaga's first song to deliver a real sociopolitical stance, and it quickly became one of her best-known tracks. 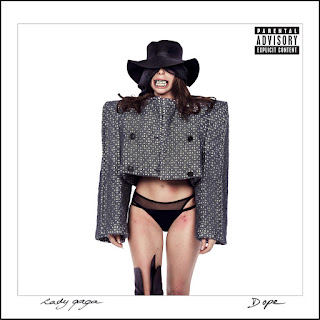 Quite possibly Gaga's most vulnerable song is this desperate piano lament from Artpop, about Gaga's addiction to marijuana stemming from hip surgery she underwent after a stage injury.  "Dope" shows the singer giving a full-on voice acting performance, as she bares every ugly part of her soul, begging forgiveness for letting herself sink to this depth.  Her vocals sit in a low alto range during the verse before climbing to soaring heights during both choruses.  The line "Been hurting low from living high for so long" is like a punch in the gut, probably the most emotionally inflamed vocal delivery she's ever recorded.  On an album loaded with musical and lyrical excess, "Dope" feels like the cruel toll paid after the party's over. 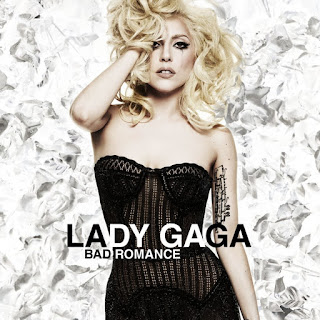 Gaga's twisted anthem about her strange fascination with primal sexual relationships, "Bad Romance" was my gateway as a fan.  In spite of the recurring "rah-rah" bit, which I initially found terribly off-putting, I couldn't deny the strength of the chorus hook or my reluctant attraction to the song's dark theme.  From the Alfred Hitchcock references to the powerful build in the bridge going into the final chorus, the song boasts a tremendously compelling arc.  The wickedly bizarre video just increased my admiration for the song, and for many it's become her definitive hit. 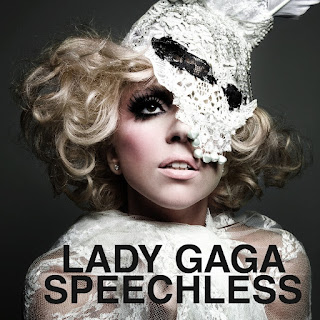 This was the song that made me fully realize what an incredible talent Gaga is.  Smack-dab in the middle of her Fame Monster EP of dance-pop numbers is this Queen-esque power ballad written for her father, who was suffering from a heart condition and had put off surgery for it.  The tear-jerker lyrics are a pledge that she'd do anything to keep him alive longer; give up writing songs, give up being a pop star, anything.  This song stuck out to me instantly, displaying a lyrical richness and emotional honesty Gaga hadn't exhibited on other tracks, and I fell in love with it.  To this day it's the prototype for her ability to craft complex, expressive songs that stick with the listener.  For me it's one of three Gaga songs that choke me up every time I hear it, and I still consider it her greatest standalone track.

And there it is - my ten favorite songs by a multi-faceted artist for whom my deep admiration was most unexpected.  Comment below with your picks, and thanks for reading!  Join us on Facebook, Google+ and Twitter (@EnuffaDotCom)!