With that bag of milk Miggsy stumbling last week, I just about have this bullshit contest wrapped up. I’m sure he’ll mention for the 100th time that I only have one more pick right, and only have more locks and yada yada. But I don’t embrace excuses. The fact of the matter is I have been tied for 1st or in the outright lead for all but one week this season. Miggsy was in contention for almost the entire time, so I’ll give him that. Danny? Well here’s how I react when I see Danny’s picks: 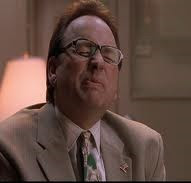 It’s also how I react when I see Danny in person, but I try to hide it. Because I care about his feelings.  That’s the kind of person I am. On to the picks.

Oakland @ Kansas City (-7) – The Pick: RAIDERS +7
The pick here is easy. Division game and the Raiders aren’t half as bad as they’ve been for the last decade. So I’ll grab the points. The Chiefs are the better team for sure, but they just struggled to beat Cleveland. CLEVELAND! Saying Cleveland is bad at football is like saying Miggsy is bad at humping. Doesn’t even begin to describe the situation. Chiefs win, but only by a field goal.

Tampa Bay @ Carolina (-11) – The Pick: Carolina -11
Lot of points to be laying in a division matchup. But you just can’t over analyze this one. Carolina is very good. Tampa Bay is very bad. Sometimes it’s that simple. The Bucs are losers of 3 straight, including a home tilt against the lowly Bears last week who were without their top WR. Carolina somehow lost to Atlanta last week. Which is the primary reason this game isn’t my lock. But the Panthers still don’t have the #1 seed wrapped up, so they are going to need to play everyone to try to secure a win. A big concern here is Carolina gets up big, puts in the JV squad, and lets the backdoor cover happen. I’ll roll the dice.

BRANDON’S BOOM PICK OF THE WEEK:
New England (-10) @ Miami – The Pick: PATS -10
Same scenario as the Carolina game. The Pats need a win to clinch the #1 seed. And quite frankly, fuck Miami. They’re horrible. Miami has successfully quit on 2 coaches in the same season. So, they got that going for them. Last week the Patriots lost in OT. On the road. To a division foe. Who were fighting for their playoff lives. And the Pats had around 17 starters (estimated) inactive for the game. So I’m not exactly worried. A lot of the same players will probably sit out Sunday because week 17s and #1 seeds aren’t what the Pats focus on. They focus on Lombardi trophies. But it would be unwise to assume the Pats aren’t going to go out there and try to sure up a few things before the playoffs start. The Fish are just the unfortunate ones to be in the way this week. The Pats will remind everyone on Sunday that the SuperBowl runs through Foxboro.

Lotta action last week as I picked a Buncha heavy faves hoping they'd cover and it didn't work out for me. So I'm switching things up even more this time around. Let's jump right into the picks.


TIMMY HORTON OUTDOORS O/U 2 1/2 BASS CAUGHT. THE PICK - OVER
Tough week for Timmy last time out on his boat, as we all watched him fail in the Finger Lakes trying to catch his weight in bass. But this time out he's updated his pole to the Lew's© Tournament Pro Genius, which is an obvious upgrade over the amateurish Duckett Fishing White Rod, which I've never cared for. I've also heard he's switched lures to the Randy Crane Z-Boss series of Crane Baits, and if you don't think that'll help catching those guppies, you don't know SHIT about the fishing game. He'll easily hit the over and we'll be eating that tasty catch right on his new Nitro Performance Bass Boats, the Pro's Choice. And if those changes don't work, he'll hafta switch sports, like Peyton's looking to be doing.


MANCHESTER CITY (odds-on favorites at 4/6) @ WATFORD. THE PICK - WATFORD
No clue how Man City is the fave in this one. Manuel Pellegrini’s men have been underwhelming away and that suggests they could come up short at Vicarage Road. They're coming up against a Watford team that has been in good form recently, despite Monday’s loss to Tottenham Hotspur. Count on Watford forward Odion Ighalo to score anytime as the Hornets' best player has now scored in each of his last six Premier League outings, netting seven times in total! The only thing more scorching than this striker is the Hot Pocket I had for lunch. SMOKING!

DAN'S DOMINANT PICK OF THE WEEK
National Pro Grid League Finals
Phoenix Rise vs DC Brawlers (-3 events). THE PICK - DC BRAWLERS
Come on, could there be another pick here? The obvious choice is DC. UNDEFEATED this year, DC is poised to repeat as champions in the premier league featuring co-ed teams battling in various cross fit events in the most spectacular arena known to sports, the GRID. This historic event has been analyzed and talked about all year, with some thinking the upstart Phoenix team can RISE (get it?) against DC, but I'm sticking to my early season pick, the Brawlers. The most storied of the NPGL franchises, I can't pick against them.  I mean, look at their logo! 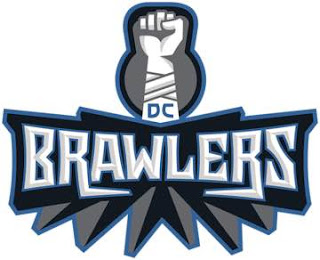 I’m down by 3 points headed into week 17. I need a little motivation. This ought to do it… https://www.youtube.com/watch?v=vwpTj_Z9v-c . Thanks Herb, I needed that. On to the picks…

Who do I gotta blow to get a spread for the Titans Colts game? Is it completely off the board in Vegas? That’s ridiculous. Colts all the way in that one; Touchdown Jesus for days.

Pittsburgh Steelers @ Cleveland Browns +10 PICK: STEELERS -10
Last week was their bounce game after beating Indy, Cincy and Denver in consecutive weeks. The Ravens had their number this year, it happens. The Steelers need a win to have a shot at the playoffs and I have no clue who will be under center for the Browns. Its either a drunk with a concussion or some guy named Austin Davis. I’ll take those odds, gladly.

Oakland Raiders @ Kansas City Chiefs -7 PICK: CHIEFS -7
The Chiefs have already beat this team on the road by 14. Why would they be giving less points at home?

Miggsy’s Monster Lock of the Week: Washington Redskins @ Dallas Cowboys -3.5. PICK: REDSKINS +3.5
You’re telling me I can bet against the Cowboys AND you’re gonna give me points to do it. Surely you jest.