I’m sure by now, most of us comic book movie-loving folk have seen the trailer for Batman v Superman: Dawn of Justice. If not, here it is below…but I recommend skipping it if you don’t want to see the ENTIRE FUCKING MOVIE. 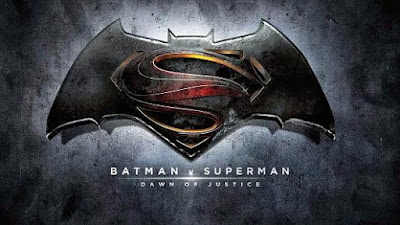 Here’s a neat little list of what is wrong with all of this.

DAN: The characterization Eisenberg has here portraying Lex Luthor seems horribly wrong. Lex is supposed to be a person that’s above it all, better than you, me, hell, he’s better than Superman. In this trailer, he’s acting like a goddamn clown. The tone is just too silly for me to take him seriously as the eternal thorn in Superman’s side. I get each actor likes to have his own take on an iconic character, and I dig Eisenberg as an actor, but it’s so far off from what Luthor is supposed to be that it’s jarring. It’s like it’s a totally different character. Jesse Eisenberg as Bex Buthor. I’m not liking this interpretation thus far.

JUSTIN: This take on Luthor is just 100% incorrect.  It’s not the same character at all.  He’s mousy, he’s silly, he’s sorta effeminate.  It’s simply not Lex Luthor.  Why does this creative team feel the need to reinvent the wheel?  First Superman’s a mopey, selfish jerk and now this?  Also the whole bit about Lex saying, “Clark Kent and Bruce Wayne in the same room?  I love bringing people together!”  Lex might as well be speaking directly into the camera at that point, because Clark and Bruce meeting each other wouldn’t be significant to anyone in the film.  It’s significant to us, the audience, because it’s the first time these two iconic characters have been onscreen together in a live action movie.  But the other characters wouldn’t care.  This just reeks of fan-service.


2. Is DC making a conscious effort to make this a more playful movie, a la the Marvel flicks?

JUSTIN:  It would appear so.  Especially once Wonder Woman shows up and they’re like “Is she with you?”  “I thought she was with you.”  Sounds like something lifted right out of The Avengers.

DAN: DC already set a murky, dark tone for Man of Steel. When that was criticized, did they decide now “Let’s make him funny!” There’s legit more laughs in this trailer from that one line above than in the entirety of MoS. It’s like they saw what success Marvel has with the happy Avengers heroes and went with that blueprint for this movie. So weird.

DAN: Look at this fucking guy.

The man’s a goblin. He looks very similar to many creatures that have come before him, doesn’t he? Have you met the rest of his extended family? 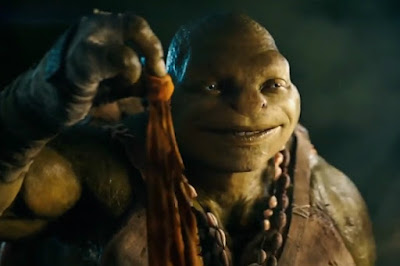 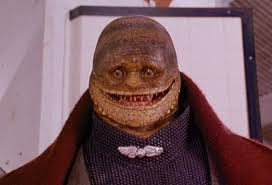 Yea, that’s a Ninja Turtle and a Goomba from the Mario Bros. movie a million years ago. That’s where they decided to go with the design for a guy who originally looked like this. 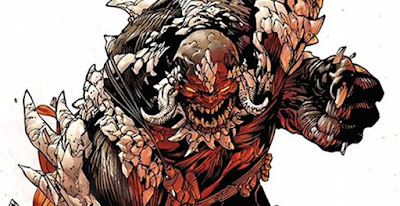 It’s such a bastardization of an awesome original character. And all around him is stuff blowing up, destruction and LASER BEAMS!! At this point, I’m certain Michael Bay and Zack Snyder are the same guy.

The CG animation doesn’t look any more sophisticated either, and that movie was 7 years ago.  Oddly neither Abomination nor Doomsday looks anything like their comic book selves.  Both look like Generic Lizard Man.


4. And finally, I think we got the plot figured out.

DAN: Batman hates Supes because he destroyed our world while destroying Zod. But Bex  Buthor hates him more! So he steals Zod’s body, and does some weirdo stuff to it, which causes it to turn into Doomsday, and most likely making Bex bald! Meanwhile, Bats decides to show Supes what’s what and goes to beat him up! They have an epic brawl, until the REAL enemy, Michelangelo shows up! Then a Wonderful-type woman shows up (How they’re gonna shoehorn her into this mess is the one thing I’m not sure about), and they’ll realize after beating up CGI Rock Man they need to Dawn them up some fucking JUSTICE in some sort of club or society…no, no, wait, A LEAGUE!!!

JUSTIN:  I mean I’m used to trailers outlining the entire plot of the movie.  That’s been going on for decades, with few exceptions.  I’m just not interested in the story they apparently want to tell.  I wasn’t salivating at the idea of a Bats vs. Supes fight in the first place, because realistically those two characters would exist in totally different universes.  And spoiler alert: if Batman and Superman ever really fought, it’d be over in three seconds.  Superman is essentially a god, while Batman is a guy.  Sorry, but that’s how it is.  This is why Batman doesn’t play well with other superheroes.  His abilities really only work in a real-world scenario where he’s fighting other mortal human beings.  Once you put him in there with invincible god-like beings he’s kinda obsolete.  And one other thing, Superman is already pretty unlikable, but now Batman’s whole mission is to beat his ass up.  The supposed “savior of humanity.”  Sorta seems like both these guys are gonna end up coming off as great big a-holes for most of the movie.  What a depressing thing to watch.  That’s just speculation though.  Lastly, as for Batfleck……..look I like Ben Affleck.  I think he’s grown tremendously as an actor, and he’s a superb director.  But thus far instead of seeing Batman, I just see Ben Affleck in a Batsuit.  It’s like Halloween dress-up time.


Well that's our Crotchety Old Man take on the upcoming DC opus.  What do you think?  Comment below!
Posted by Justin Enuffa Ballard at 11:06 AM