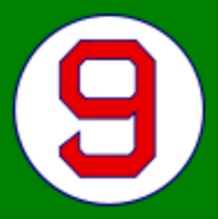 This year’s world Series pits the Chicago Cubs against the Cleveland Indians. Both of these franchises haven’t won a championship in a looooooooong time, with Cleveland’s last pennant in 1948 and the Cubs' way back in 1908, when I was only 11 years old. So both of these teams are in quite a drought. But more importantly than any of that, both of these teams are filled with ex-Red Sox greats. Here now, my list of the very best of em. 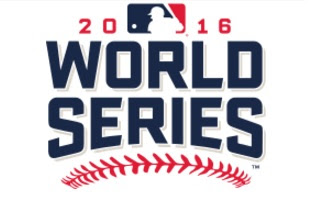 This one’s a bit of a cheat, as he never actually suited up for the big club, but GODDAMMIT how I hated to see him go. He was one of the keys in the trade for Adrian Gonzalez. I remember reading about his patience at the plate and big bat, and hated to see his name in that trade. He’s blossomed in Chicago, and it kills me. Plus, a GREAT last name.

Another Hall of Famer in great names, Coco had a completely unmemorable run with the Sox. The epitome of good glove, no bat when he was here. He won a ring in ’07 on the team that beat the Rockies in the WS. He’s obviously a good player, as he’s still in the league almost a decade after leaving Boston, but he has no real great moments in Fenway (though he did almost get run over by the mascot in Seattle, which was HILARIOUS).

Lackey came to the Sox on a big contract he never lived up to. He was shit on by the fans, by broadcasters and proabably birds, too. He was the posterboy for the infamous "fried chicken & beer" Red Sox team in 2012, though I never understood why this was a problem. I assume all ball players are sucking down brews in between innings. It’s a fucking baseball game, DRINK. His shining moment was pitching in the pennant-clinching game against the Cardinals in the 2013 World Series. Not a bad spot to be remembered for.

I always liked David Ross. He’s been in the league roughly 48 years, never been a true starting catcher, never been a guy who’s gonna hit 30 jacks or drive in a 100. But he’s a solid major league catcher whose impossible not to like.

Napoli had a buncha big homers here and was a member of the AWESOME team that won the Series in 2013, but 'round these parts he’s remembered mainly for his EPIC partying after they won that pennant. Rumor has it you can still catch a glimpse of a shirtless Napoli on Boylston street when the moon hits the sky just right.

Somehow, someway, Miller has become the most important piece in this World Series puzzle. The man has become unhittable. And it’s all thanks to the disaster that was Bobby Valentine and the 2012 Sox season. He moved him to the bullpen which has subsequently turned Miller into the left-handed terminator we all see now. This guy could be the one that destroys the Cubs.

The Architect that ended the pretend "curse" here in Boston and will potentially end the longest championship drought in baseball history in Chicago, Theo is the MAN. He knows what players to grab, when to grab them, and when to let them go. The man’s a baseball genius and a huge Pearl Jam fan. That helps in these standings.

This one really chaps my ass. Terry is the greatest manager the Red Sox have ever had. He has the best winning percentage and oh yeah, he won two World Series with the team. But ownership needed a scapegoat after a disastrous collapse in ’11, and they set their crosshairs on good ol’ Tito. Francona should STILL be managing here. I always thought he’d be the Sox version of Bill Belichick, here for decades, winning all kinds of championships. I love Tito and would love to see him add another championship to his now Hall of Fame career, but it stinks seeing him manage in another dugout.

He was ours. Our homegrown boy. Saw him come up as a wee lad and turn into one of the best pitchers in the game. He struggled with cancer and the whole team and community came together for him. Then he came back, threw a no hitter, and started to destroy teams. Lester became a truly dominant lefthander when he was with the Sox. He won two championships with Boston and then they traded him away. I always assumed he’d sign back with the Sox, but Theo, in his infinite wisdom, signed him in Chicago, and he’s four wins away from his third championship. He’s got two wins so far in this postseason with an ERA of .86. POINT EIGHTY SIX. Meanwhile, the Sox signed David Price for $217 million and that prick couldn’t get through 4 innings in his 1st playoff appearance. So I guess that’s good. DAMMIT.

Posted by Justin Enuffa Ballard at 11:51 AM