Groundhog Day is an all-time classic. One of my favorite movies, and quite possibly Bill Murray's best work. Here are just a few thoughts on some of the best players in the film (I’m not doing a ranking. I got no time for fucking rankings.).... 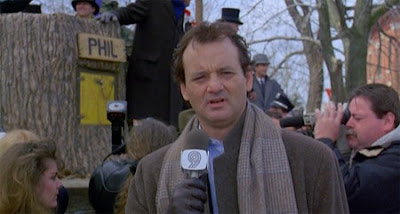 We’ll just get the best out of the way early. Make no mistake, Phil Connors IS the movie. The beauty is that you get to witness every single version of Phil. There’s arrogant Phil. His outright disgust with the small town and its simpleton inhabitants is something I can truly sympathize with. I have family who live in a small town in Maine. It’s like traveling through time. There’s humanitarian Phil. He’s alright I guess, but not my favorite. No no, my favorite is Fed Up Phil. The Phil who’s eating everything and anything the Diner has to offer. The Phil crushing Jeopardy while slugging back whiskey. That’s my kinda Phil. 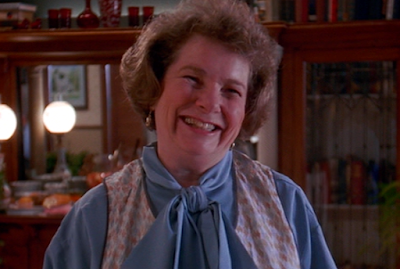 This old gal is Aces in my book. Just a sweet lady. Sure, her little bed & breakfast doesn’t have hot water on cold days, and she can’t spell espresso, but she’s got a heart of gold. She just wants to make chit chat about the weather. And she’s willing to hold your room for as long as you’d like to stay. Good luck getting that kinda service at a regular hotel. 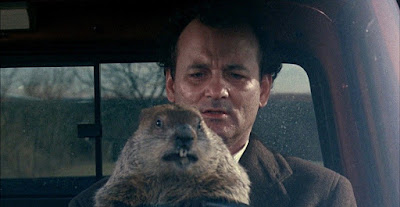 Name another rodent that draws a crowd and has his own day. You can’t. He’s the prognosticator of all prognosticators. The seer of seers. Guy can predict the weather and drive a truck. Not bad for a quadruped at all. Plus he’s gotta be the Leo DiCaprio of groundhogs, right? Just slays everything in sight. Hedgehogs. Squirrels. Gophers. Doesn’t matter. 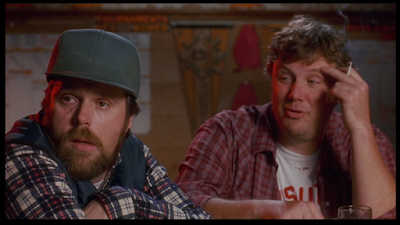 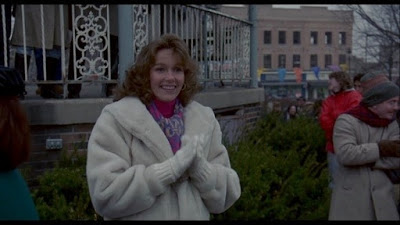 NANCY TAYLOR!!!! This Lincoln High School grad is the town hottie. And she digs Phil (Can’t blame her there). Now, while I’m a fan of Nancy’s, there are some red flags that shouldn’t go unnoticed.   1) She’s the easiest con ever. I mean, she’s ready to go home with Phil after 30 seconds even though she can’t quite place him in Mrs. Walsh’s English class.   2) She seems to be able to get past being called the wrong name during foreplay. I guess you could make a pro/con list about that trait.   3) If you get her to make sounds like a chipmunk she’s ready to marry you DAY ONE!! Now that’s goddamn scary. Look, it took Phil like 1000 days to get Rita. It took him two to get Nancy. Come on girl, have some respect for yourself. 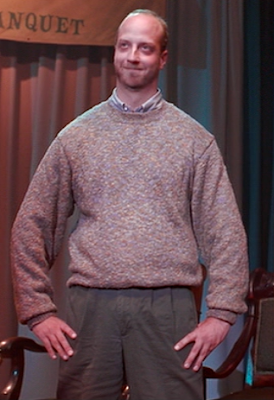 I’m gonna tell you something. I respect the shit outta Larry the cameraman. People think he just points the camera at stuff during this flick, but he does a heck of a lot more than that. First of all, he’s the only person working for that news station that’s aware of the fucking blizzard. He’s trying to get them outta Punxsutawney ahead of the weather but Phil and Rita keep dragging ass. But mostly, I think Larry deserves credit just for taking his shots. He’s certainly not the most attractive man around. He’s a little round and has a receding hairline (HEY WAIT A MINUTE!), but that doesn’t stop him from throwing on his finest gray sweater and looking goddamn foxy. And who does he hit on? Nancy fucking Taylor. That’s right. Townie girl #1. Larry knows that shooters shoot. Such an underrated man. 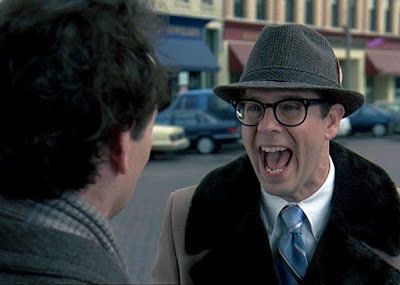 Do I love me some Ned Ryerson? BING. Do I think he’s one of the greatest annoying characters ever? BING AGAIN! Needlenose Ned here is a fucking legend. People in the insurance biz probably have to call him Charlie Hustle. Ned the Head went from almost not graduating at Case Western High because of a bad case of shingles to being Ned the Bull and chasing down Insurance leads in the middle of the fucking street. And by the end of this flick, he’s got Phil on tap for life, fire, theft, auto, and about a dozen other insurance policies. Guys gotta rake in all sorts of regional awards at conventions. The only knocks on Ned are that he has a bit of a glass jaw, and that he never went pro with that whistling bellybutton thing. 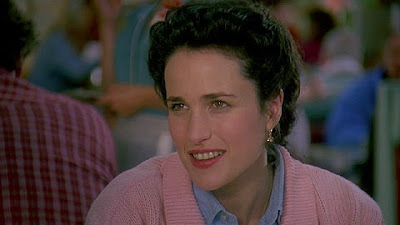 Hot take of the century right here….RITA STINKS. Without question, Phil’s biggest mistake was going through all the trouble he did for this chick. Let me run down the many many reasons she’s just the worst.  1) She’s very judgy. When Phil’s at the Diner eating everything and lighting up a smoke, Dr. Rita here can’t help but point out all the things wrong. Hey, leave him the fuck alone. Guy's kinda going through a lot with being stuck in the same goddamn day over n' over. And what’s it to you anyways?   2) She tries to hurt Phil’s feelings by quoting a poem. Could be the most pretentious move in history. You wanna call me egocentric, then call me egocentric. Don’t dance around it with the words of Sir Walter/Willard Scott. Anyone who quotes poems in normal conversation is a certifiable douchebag.  3) Speaking of poetry, she studied 19th Century French Poetry in school. This is what you studied? She has no right to be upset when Phil correctly blurts out “What a waste of time.” I mean, how is that more than one class?  4) Her list of a perfect man is like 20 things. Jesus Christ lady, narrow the gap enough? Get off your high-horse and give a normal fella a shot. Like Larry.  5) Sweet vermouth on rocks, with a twist. BARF. Such a Rita drink.  6) She’s abusive. She must slap Phil no less than 200 times. You can reject a guy without giving him the five-finger goodbye.  7) She literally complains ALL MOVIE LONG. It doesn’t matter if Phil’s acting like a jerk, or trying to get her all her favorite thing in the world, she still complains. Tries to get her some homemade fudge? – “Yuck, I hate fudge.” What an ungrateful bitch.  8) Nothing is ever enough. Phil bravely stomachs ordering that sweet vermouth shit, and decides to drink to the groundhog. It’s all in good fun, and why not, it’s his day. But no. Rita instead gets all somber and mutters “I always drink to world peace.” OF COURSE YOU DO. This fucking dame I tell ya.

You add all this up and what you find is that Rita is a COLOSSAL pain in the ass. Nowhere close to being worth the trouble. Sure, she comes around at the end and buys Phil for $339.88. But that’s after he basically saves the entire fucking town. How noble. And let’s not forget, this is still technically ONE day with Rita. What we’ve seen is somehow just the tip of the iceberg. Nah, get Rita outta my face. Give me Nancy Taylor, alarming red flags and all, everyday and twice on Sunday. Screw it, give me Mrs. Lancaster ahead of her too.

Posted by Justin Enuffa Ballard at 10:26 AM