This weekend is the trifecta of New Beginning shows in NJPW, and as usual since the cards are spread out there are only about 9 matches worth doing predictions for.  NJPW is in a state of limbo at the moment due to the AEW departures, and I think we won't have many answers about that situation until after the Madison Square Garden show.  I think ultimately the two companies will have a working relationship, as it would benefit both of them.  But we'll see.  In the meantime New Japan is chugging along with their core roster.

The New Beginning in Sapporo night 1 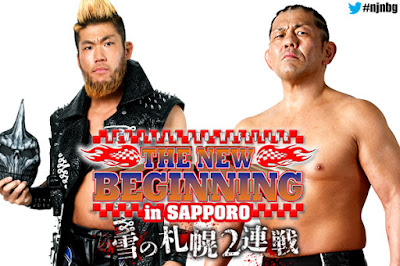 The first is one of two bouts pitting the IWGP Tag Champs against their upcoming challengers.  This match should be quite good, as the grizzled torture machine takes on one of New Japan's most gifted athletes.  Suzuki will look to tie Sanada up in knots, while Sanada looks to...well, tie Suzuki up in a knot I guess.  Should be fun. 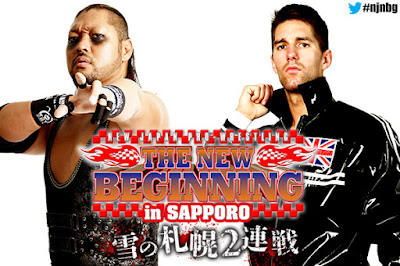 Here's the other half of that feud, with the big bruiser taking on the the submission master.  It's brawling vs. stretching and should also be a fun contest.  ZSJ should continue his rise in 2019 as one of the company's top foreigners. 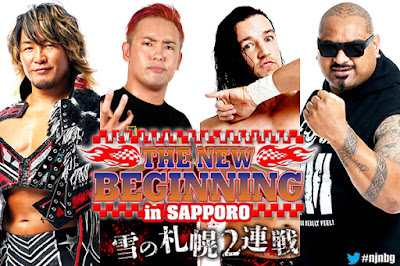 This is of course to build to the two big singles matches a few days later.  Okada and Tana is the biggest pairing since the MegaPowers (yeah I said it) and should by all rights be unstoppable as a tandem.  This match will be a nice preview of the two singles bouts.

The New Beginning in Sapporo night 2 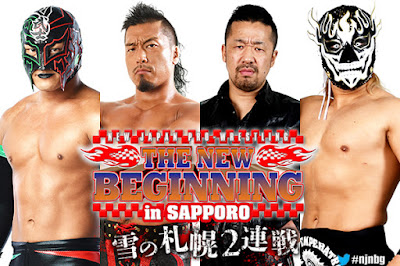 This will be the first title defense from the new champs, who should have a dominant run.  Shingo has to be seen as the Jr. division's new breakout star.  He's athletic enough that he can keep up with the fliers but big enough that he can dominate them.  This match should be quite solid. 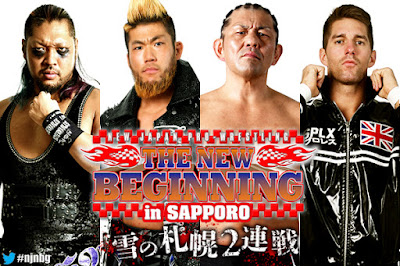 This could be the match of the tour.  Love this pairing.  Evil & Sanada just won the belts so they ought to keep them here but man would I love to see Suzuki & ZSJ go on a tag team tear.  This is gonna be great stuff regardless.

Justin: LIJ retain
Landon: I can't crow all last year demanding Zack and Minoru win every tag title on the planet and not back them here. Suzuki-Gun wins. 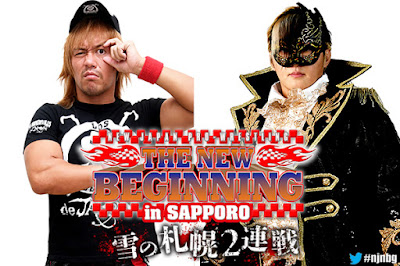 Was literally NO ONE else available to be Naito's first challenger?  Like, not even the timekeeper?  The fuck is this shit?  If this isn't a fairly short, one-sided performance by Naito they gave Taichi too much offense.  Jeezus.

Justin: Naito retains (he goddamn well better)
Landon: Justin, you just don't GET Holy Emperor Taichi, do you? It's non believers like you that have stopped him from reaching his full potential. I think, like a Saiyan, Lord Taichi is going to take the severe destruction at the hands of Goto and Ospreay in stride and...yeah he's not winning this one. BUT, he's a shoe in for the G1 Climax.


The New Beginning in Osaka 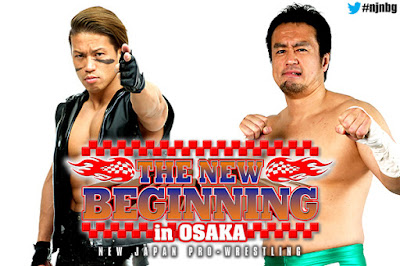 This is an odd choice for Taiji's first defense.  Taguchi is a very solid hand in the ring but he's been presented as a comedy guy for so long it's impossible to take him seriously as a challenger.  But I guess this will give Taiji a strong match for his first go-round as champion.  This'll be fine. 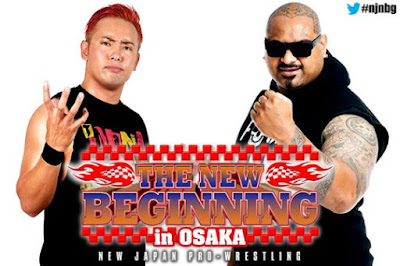 I do not care about seeing Okada-Fale ever again.  The best this pairing will ever be is "surprisingly good."  Stop it. 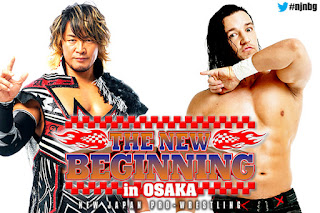 Here it is, Jay White's coming out match as the company's new top gaijin.  We saw this pairing at last year's WrestleKingdom and it was disappointing, but White has grown leaps and bounds as a top heel since then.  Plus Tanahashi is maybe as good as he's ever been.  This should be a splendid main event.  White isn't winning this match, but the key will be how good he looks in losing.  This is his chance to prove he's worth every bit of time and energy they've put into making him the next big villain.

Justin: Tana retains, obviously
Landon: Don't know why you were disappointed with last year's match, it was everything it really could have been. But I think Tana wins here, just because I don't like zero defense title reigns.


There's your big matches for this tour.  The roster is very thin at the moment and I sincerely hope NJPW and AEW work something out so Kenny, Cody and the Bucks can keep working with the New Japan stars they've shown so much chemistry with.  And where's Ibushi??  Anyway, enjoy the shows....

Posted by Justin Enuffa Ballard at 10:50 AM