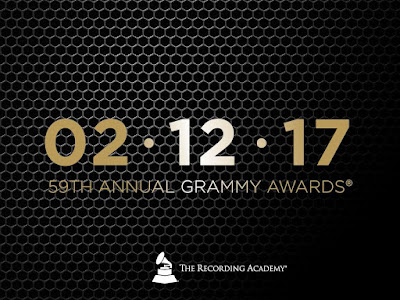 Ah yes, the Grammys, probably the most detested of the awards shows. Every time the nominations are announced I see the annual string of “Grammys are irrelevant” type comments not far behind. Let’s face it, the Grammys are all about ratings and not just about the music, a glorified popularity contest, one that is more reliant on record sales (with exceptions) than actual quality. Yes, I still watch the Grammys because a lot of times, they tend to get it right, even though I grit my teeth out of frustration. I mostly watch the Grammys for the storylines and this year, and there are quite a few interesting ones.

I’ve taken ten of the categories and given a quick rundown and prediction of who I think will win and who I’d like to win. Let’s jump in!

Album Of The Year

This category is more or less between Adele’s 25 and Bey’s Lemonade, which makes for an interesting storyline as to which way the Academy swings this year for two deserving works: the safe choice in Adele, or supporting the social and politically charged Lemonade. What is also very interesting about this category this year is the presence of Sturgill Simpson’s A Sailor’s Guide To Earth, a country album by an anti-country establishment artist, which I would LOVE because that album was tremendous. Most analysts are considering the possibility of Sturgill being a protest vote if neither Adele or Beyonce sits well with Academy voters. It’ll be interesting to see how it all plays out. All I know is Beiber and Drake’s albums should not be in consideration, but hey...ratings.

Record Of The Year

Adele and Beyonce once again go head to head in this category with two monster singles this year. No matter where you looked Adele’s “Hello” was there. I had gotten tired of hearing it after two weeks of its release. On the other end, Beyonce’s “Formation” was performed at the Super Bowl where it garnered widespread criticism because of its PERCEIVED anti-police, pro-Black Lives Matter attitude. Just like Album of the Year, it will be interesting to see which side the Academy favors, safe or controversial.

Song Of The Year

To answer everyone’s question, what’s the difference between song of the year and Record of the Year? Record of the Year awards the performance on the recording, song of the year recognizes the songwriting. I’m not sure this category is hotly between Adele and Beyonce like the two previous categories but I do think the number of songwriters between the two songs will play into this.

This is an interesting category to watch for the presence of the underground independent hip hop artist Chance The Rapper’s presence, modern country superstar Maren Morris, and the soulful, Anderson .Paak. The DJ duo of The Chainsmokers might have a shot at this award for the many high profile performances they’ve been doing on awards shows with Halsey. I have no idea who Kelsea Ballerini is. I think Maren Morris may take this category because I think more Academy voters know who she is as opposed to Chance The Rapper and Anderson .Paak. If I had my druthers, Anderson .Paak would get this award.

Will Win: Maren Morris
Should Win: Chance the Rapper

I have a difficult time seeing Adele losing this category considering how much of a beast 25 was this past year. Sia’s This Is Acting would be my choice since she continued her brilliant songwriting from her previous album 1000 Forms of Fear. Ariana Grande and Bieber are both threats to take this award too, but only Beyonce had just as big of a year as Adele and she’s not nominated in this category.

I’m a rock guy but this is a sad, sad collection of nominees for the Best Rock Album. It’s really only down to Tell Me I’m Pretty by Cage The Elephant and Weezer’s “White Album”. Both are good albums, or better albums than the other nominees. Blink-182’s California was a fucking dumpster fire and nothing Panic! At The Disco releases is worthy of an award. I never heard of Gojira before so no idea about them but the fact that I don’t know who they are should be a sign. Between Weezer and Cage The Elephant I’d be fine with whomever takes it.

I would’ve loved to see Angel Olsen’s album My Woman nominated in this category because that was a beautiful album, however she might’ve been too unknown for the Academy. I’d be happy with any artist winning this category, except for Bon Iver. I can’t get into his albums but that’s me being biased. I really want either Bowie or Radiohead to take this and I essentially think it’s between them anyways. Radiohead has always been a Grammy favorite whereas Bowie has surprisingly not been. A part of me thinks that Bowie will take it since he passed away this year but another part of me feels Academy voters don’t care about that and will give it to Radiohead. Both albums deserve this award. Such a tough category to call.

Once again, Bowie and Radiohead go head to head. Twenty One Pilots is unbearable for me to listen to and although, Highly Suspect’s “My Name Is Human” was a pretty good song, it doesn’t have the juice to take on Bowie and Radiohead this year. Metallica’s “Hardwired” was a pretty good song but didn’t have the level of songwriting complexity of “Blackstar” or “Burn The Witch”. All it might have going for it is Academy voters attributing it as a reaction to the Trump’s election which I highly doubt. This could be a split vote with whomever wins Best Alternative Album, the other will get this award.

Hip hop didn’t have a stellar year this year, unlike the last 3 or 4 years, but it wasn’t a bad one either. Just...meh, and this category shows it. It’s really all over the place. It’s nice to see De La Soul nominated in this category. Their album was really good but at times it felt a little over-thought. I really liked Coloring Book by Chance The Rapper. It felt like a different vibe for a hip hop album which, for me, made it refreshing and new. Drake’s album Views was complete trash but sold really well. I’m really surprised with Schoolboy Q’s nomination but I don’t feel it got enough exposure to take home this award, and of course Kanye West got nominated because people love to see a car wreck. That album was as all over the place, as is this category.

Will Win: Coloring Book - Chance The Rapper
Should Win: And The Anonymous Nobody - De La Soul

I’m only including the Best Country Album category in this piece as an excuse to sing the praises of Sturgill Simpson’s A Sailor’s Guide To Earth as he should take this category without any competition. I mean, if he’s the only country album nominated in the Album of the Year category, makes sense that would automatically mean it’s the Best Country Album. Although, I will concede that common sense doesn’t go a long way with Academy voters so who knows. Anyways, Sturgill’s album is the follow up to his sophomore album MetaModern Sounds In Country Music, which really stretched the stylistic boundaries of country music. You never heard a country album like THAT before and he continues it with A Sailor’s Guide To Earth, an album that was meant as a letter to his son. You don’t really get a lot of concept albums in country music these days. This album mixes country with soul and rock music and hits the nail on the head. I know a lot of people don’t like country music or don’t know who the fuck Sturgill Simpson is but I hope people would give this album and his previous album a chance.

Alright, there you have it. Let the bashing, arguing, and bitching begin!
Posted by Justin Enuffa Ballard at 9:40 AM