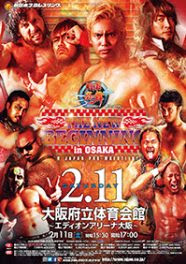 Well, Sapporo fucking ruled. Osaka may fall short of its sister show, but there will still be some great matches on the second half of the card. But will they hold up the bloated first half? We'll find out.

I assume Oka will be replacing Finlay the way he did at Sapporo in this match. Interesting dynamic here, very remaniscent of the purely Young Lion openers of 2015 and 2016 (No offense to Yoshitatsu here). The good news is that David Finlay should be cleared for BOSJ this year.

Landon's Pick: Yoshitatsu and Hirai
Justin's Pick: This match is literally of no consequence.  Sure, Team Yoshitatsu. 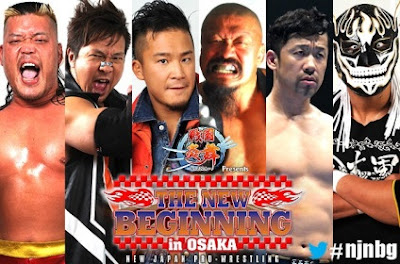 Throwaway 6-man with Suzuki-Gun on one side and Tenkoji and the Jr. Ace (all three really wasting their time) on the other. Don't even have any expectations one way or another. It will be a match.

The glaring problemm with having the double show format like the New Beginning shows is that it tends to leave a lot to be desired with the undercards. But, multi-man mashups tend to lead towards entertainment more than not. 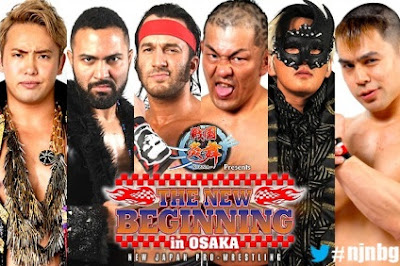 I'm running out of things to say about these undercard 6-mans.

Finally, a match I can care about in Osaka. I understand that the gimmick of the Title is to change hands a lot and to be unpredictable, but I'm still convinced that LIJ can take these belts and run with them until Dominion. It suits their wolfpack, out-for-themselves mentality 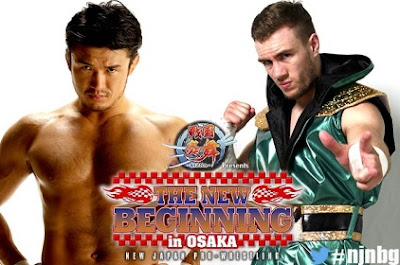 I didn't even care about this match until the Hall shows leading up to this and Sapporo. But these two have done such a good job at both making Will out to be a credible threat, and making Shibata out to be the irate champion at the upstart challenger. This match is going to be intense, but shibata can't lose his title to another chmpion from the same promotion. Just doesn't make sense. 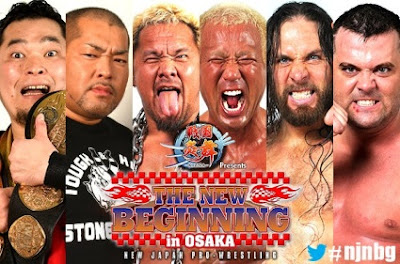 See my notes on this exact same match from Sapporo.

Landon's Pick: KES
Justins's Pick: KES, and I guess this is why we got this match twice. 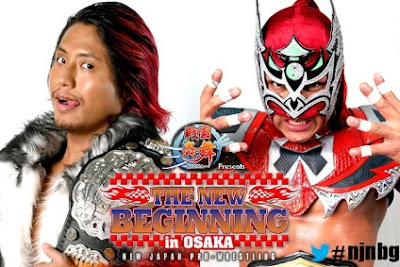 This will be the third match I've seen from these two. One from ROH and the other from Fantastimania. I have really high expectations from these two. Fewer mistakes than Wrestle Kingdom's Junior Heavyweight match, and probably a fight that will travel across the arena itself if allowed. 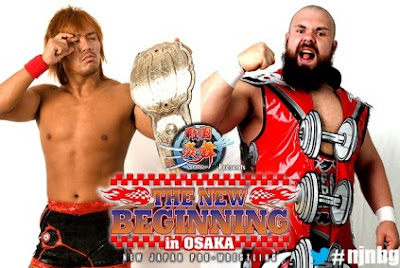 Michael Elgin is the big man we deserve. He's probably the best power spot man we've seen in a long time in pro wrestling. His first Intercontinental title run was unjustly short, and to see him wear the belt again would be good. Hoever, I feel like Naito's time with the Intercontinental gold is not up. Riding the wave of momentum from his Wrestle Kingdom victory, he could easily ride this through to Dominion, even through the G1.

Landon's Pick: Really, this one can go both ways. Naito to retain is my pick, though.
Justins's Pick: Naito retains

There we have it folks. Will Osaka be as good, or even better than Sapporo? I dunno, probably. Let's find out together.