Welcome to another (ANOTHER) round of WWE Predictions here at Enuffa.com! 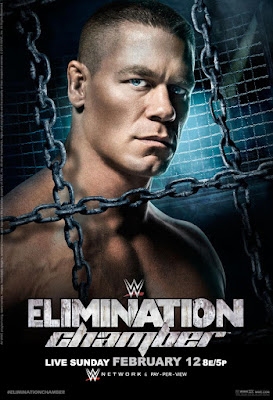 This Sunday marks the return of the Elimination Chamber!  After being absent from the 2016 calendar, supposedly due to modern arenas no longer being able to support this 80 million ton structure (I believe that's the official weight) hanging from the ceiling, WWE has apparently figured out a workaround.  The Chamber PPV generally has major 'Mania implications and we should see the Smackdown side of The Showcase of the Immortals begin to take shape.  As usual this Smackdown-only PPV is pretty thin on paper, but the blue brand always seems to find a way to deliver an enjoyable show that doesn't overstay its welcome.  So let's get into it.... 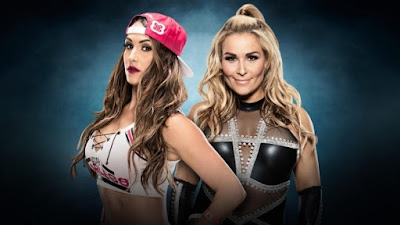 The first of three (THREE!) women's matches on this show (and I'm not complaining) features probably the most heated rivalry in the division right now.  Nattie beat the crap outta Nikki on Talkin' Smack last night to add some fuel to this match.  Should be a fine contest.  I'd like to see Nattie win this, but I don't think it's in the cards. 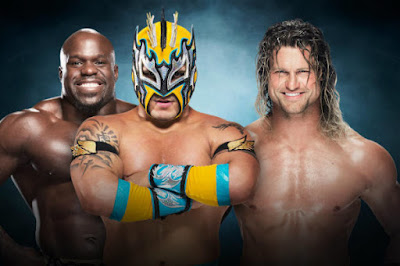 I hate handicap matches.  They do nothing for anyone.  If the two guys beat the one guy they've simply done the obvious, and if the one guy beats the two guys, the two guys look like chumps.  Ziggler really needs a big win to solidify his heel turn but I dunno if I can see them jobbing out both babyfaces here.  Unless maybe Ziggles takes out Crews with a chair before the bell? 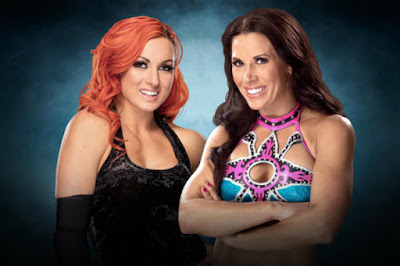 This might be the second-best match on the whole show.  James has still got it, and Becky is Becky.  Not much more to say than that - I'm looking forward to this one. 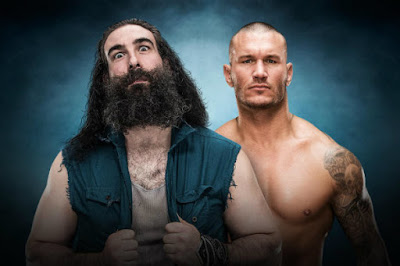 Are they finally gonna push Harper in some capacity as a monster babyface?  They should.  But I doubt it.  Harper's just here to keep Orton occupied till his inevitable clash with Bray Wyatt, at which time Orton will be a babyface again (yawn).  This should be a solid outing though.

Smackdown Tag Team Championship Turmoil Match: American Alpha vs. The Usos vs. Slater & Rhyno vs. The Ascension vs. The Vaudvillains vs. Breezango 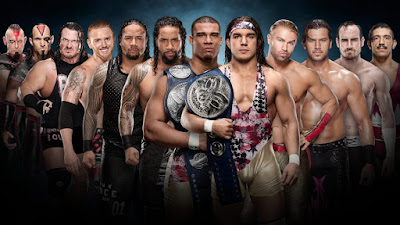 Meh.  This just seems silly.  Only three teams have a shot at walking out of here with the belts.  And there shouldn't be a title change at all.  American Alpha need time to gain traction as the division's centerpiece.  And they need to call up The Revival so that feud can be rekindled.

Justin's pick: American Alpha retains
Dan's pick: No one in this match really gets me going. I like the idea of the Vaudvillains but WWE doesn't use them right. Same with Breezango. Those are two teams that could be great asshole heel teams if given the right amount of TV time. Alas, they are ignored. Oh, AA wins. 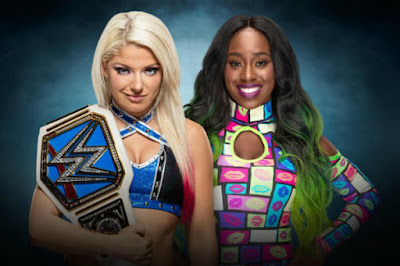 This is actually the least interesting of the three women's matches, but it should still be good.  Naomi is always good for an entertaining, athletic match, and Alexa really owns the crazy heel thing.  I do not expect a title change. 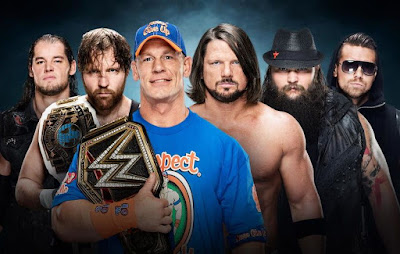 On paper this should be a pretty fantastic Chamber.  Lots of good star power and workrate represented, and multiple stories that could play out.  I would say Cena has no chance in hell of escaping with the belt, as I can't see Cena vs. Orton taking place at 'Mania.  Though I suppose it could be a three-way with Cena, Orton and Bray.  But I think Bray wins the belt here to set up the match with Orton.  And I'm not excited about it at all.  If Wyatt was going to win the WWE Title it really should've been a few years ago when he was hot.  Eh, the match'll be good at least.

Justin's pick: Bray Wyatt
Dan's pick: I agree. Bray was cool as shit a coupla years ago but his schtick has worn thin. But I suppose he'll win to set up a feud with Orts.

Should be a solid show.  It's unlikely we'll see any true MOTY candidates, but Elimination Chamber will be fun and the undercard is decent enough.  The Smackdown portion of WrestleMania should be clearer after this.  Well, that's all for now - enjoy the show!
Posted by Justin Enuffa Ballard at 9:53 AM