Meryl Streep: Not Overrated, but Over-Nominated 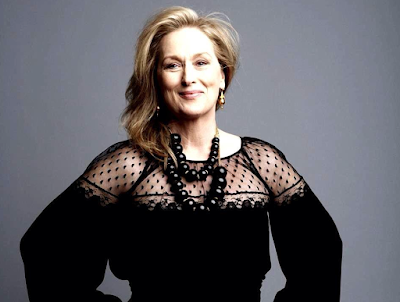 Meryl Streep is one of the greatest actors of all time. She’s right up there with Katherine Hepburn, Marlon Brando, Daniel Day-Lewis, Diane Keaton, Bette Davis, Jack Nicholson and whoever else you want to throw on the Greatest of All Time list. She deserves every accolade thrown her way. Seriously, I don’t have a problem with Meryl Streep, well, except for Mamma Mia! but that’s totally ABBA’s fault (fucking ABBA). However, it’s this love affair The Academy has with Meryl that I have a problem with because they throw an Oscar nomination her way for what seems like every role she takes on, even roles that aren’t Oscar-worthy performances. This practice started out modestly but has gotten worse in recent years and now it’s impossible to ignore.

Listen, we are all used to The Academy handing out bullshit nominations and even getting the winner wrong from time to time, but the fascination with Meryl, the downright idolizing of the actress, has gotten way out of hand. Here are the roles Meryl Streep was nominated for that weren’t Oscar-worthy, in chronological order. 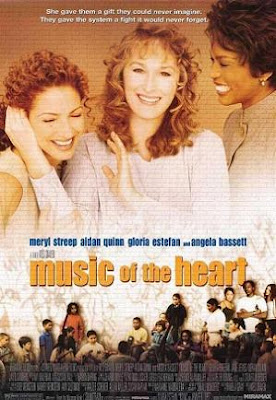 This Wes Craven film (yes, that Wes Craven), based on a true story, has Streep playing Roberta Guaspari, a violinist who was abandoned by her husband and is struggling with suicidal tendencies before taking on a position as a substitute violin teacher in an inner city school. Yep, one of those movies. She then builds a successful string program and begins to fight the administration when her program faces budget cuts. She stages a fundraising concert at Carnegie Hall (eye roll) in an effort to keep the program running. This film was a great feel-good story, an underdog redemption story that we all loved, especially The Academy. But Oscar-worthy? Not by a long shot, but because Streep takes on an accent all of a sudden it’s mindblowing! Give me a break. There’s nothing about her performance that warrants a nomination here, it’s just a good performance. It’s hardly a role that I remember out of her long career. Streep eventually lost out to Hilary Swank for Boys Don’t Cry. Hard to argue with that one. 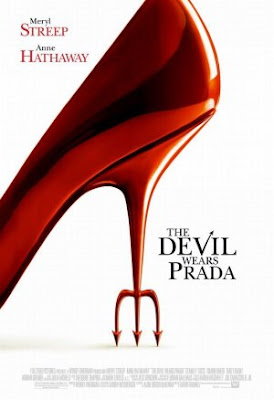 This critique of the fashion industry for the longest time was a guilty pleasure of mine, until Meryl was nominated for this role. Her nomination made me not want to watch it again. Streep plays Miranda Priestly, a high-powered fashion magazine editor who just crushes the soul and morale of anyone she comes across. She’s cold, soulless and people find her terrifying. Once again, Streep adopts a peculiar diction and well-defined posture and she does a good job with the character. Since when are we giving out nominations to actors for simply playing a character that’s a merciless hardass? I actually found Anne Hathaway more impressive in this film than Streep. I hate fashion exposés because they try to get me to sympathize with those working in the fashion industry and I just don’t. Anyway, Streep lost to Helen Mirren for The Queen because it was a no-brainer. 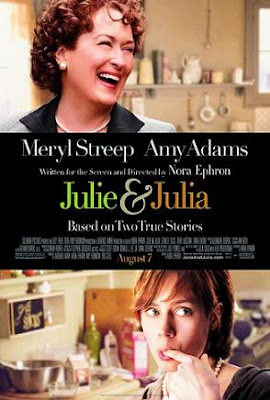 Yep, she was actually nominated for playing Julia Child, and we’re talking a good thirty years after her first Oscar nomination; at this point The Academy is just throwing adulation her way by default. Julie & Julia was a cute and entertaining movie and Streep did an excellent job emulating Julia Child, but in no way deserved a nomination. You could argue it was more a way to praise Child than Streep. Her performance was whimsical and delightful. That’s it. Describing it as anything more than that is just pandering. She lost out to Sandra Bullock for The Blind Side, which The Academy got wrong since Gabourey Sidibe’s performance in Precious was much stronger and much more deserving. That Streep lost to someone who also shouldn't have won is an indication of how undeserving her nomination was here. 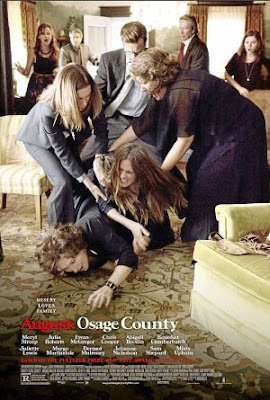 I had a big problem with Streep’s nomination for her role as Violet in this film. It was the same year Brie Larson starred in Short Term 12 and gave an incredible performance that should’ve been worthy of a nomination (at least), in fact, I was betting on it. It was a strong year in the Best Actress category too. Cate Blanchett (Blue Jasmine), Amy Adams (American Hustle), Sandra Bullock (Gravity), Judi Dench (Philomena). Not only did I think Larson’s performance was Oscar-worthy, I thought to have a small independent film would balance out the category, buuuuuuuuuuuut nope. They slid Streep’s mean, cancer-stricken, drug-addicted Violet in there because The Academy eats that shit up. I maintain The Academy robbed Larson of that nomination to give to Streep and it will forever piss me off. Whatever. Nobody was beating Blanchett that year anyway. 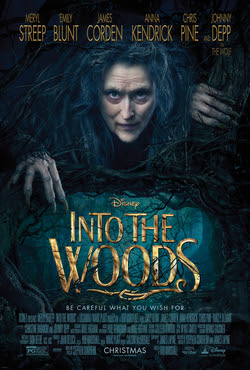 This one is just annoying. I have a feeling The Academy just hands out nominations to musicals for simply being musicals. It’s just too easy. Streep was nominated in the Best Supporting Actress category for her role as The Witch….and….well, yeah. That’s pretty much it. There’s nothing spectacular here. It’s a fantasy movie and Emily Blunt’s performance was just as good, if not better, than Streep’s but who gets the nomination? You guessed it. It’s like if you’re in the same movie with Meryl The Academy doesn’t see you. They see Meryl. So fucking annoying. She dons witch makeup and a funny way of talking and BOOM! Nominated. Give it a rest. There’s nothing deep and magical about this performance. Plus, it’s a Sondheim musical, the source material is abundant to draw from so it’s not as if she had to go all Daniel Day-Lewis for it. Whatever. She lost out Patricia Arquette for Boyhood that year. 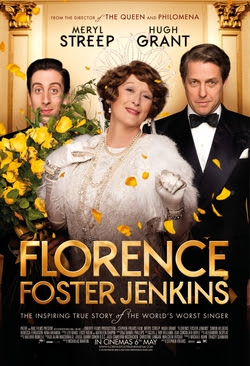 For her twentieth nomination (TWENTIETH!) The Academy decided it was a fantastic idea to recognize her for portraying Florence Foster Jenkins, an heiress who decided to become an opera singer despite not being able to sing. In real life, Jenkins was called the world’s worst singer. Let me be a little facetious while sprinkling a little seriousness here, I COULD PLAY THIS FUCKING CHARACTER! That’s how obnoxious these Meryl nominations have become. She can play an over-the-top heiress who can’t sing and score an Oscar nomination, but Annette Bening, one of this generation's greatest and most underappreciated actors, who gives a stark, powerhouse performance in 20th Century Women, can’t even get a nibble of attention? Fuck outta here! Such a joke. 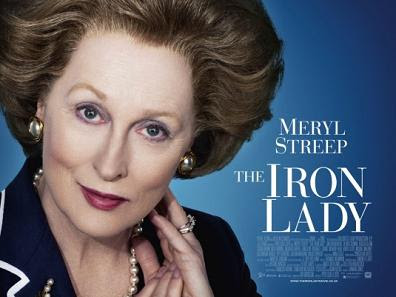 So, Streep’s turn as Margaret Thatcher was certainly an Oscar-worthy performance and she did deserve the nomination for the role. She embodied the strong and somewhat defiant British leader to the T. It was a really notable performance. She didn’t deserve the Oscar for it though so I’m using this opportunity to cry about it. Yep, this is one of those times Mr. Oscar got it wrong. Like I said, Streep was great and it was a career-defining performance but Viola Davis as Aibileen Clark in The Help deserved the Oscar that year. That performance still knocks me off my feet. Davis played that character as well-balanced and nuanced as one could ever hope for. However, I’m not going to cry too much over it because I’m predicting Mrs. Davis will capture her first Oscar this year for her role in Fences….by beating out Meryl. Sometimes the universe does work itself out and justice gets served, even at Meryl’s expense.

Alright, those are the films I don’t think Meryl should’ve gotten nominated for. Again, this has more to do with The Academy than Meryl herself. I love Meryl and think she’s a tremendous actor. The Academy needs to get over their obsession with her though.
Posted by Justin Enuffa Ballard at 10:12 AM