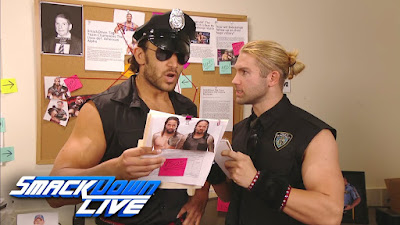 Hey, we’re back from an away game, also called “The UK” in some circles, and we’ve had one or two developments!

Backlash is this weekend, and the biggest story of the year is Erick Rowan and his procural of a bag to hold his masks! He’s got a bunch now. One for laughing, one for breathing, one for watching soap operas and ironing his jumpsuit, one for when he’s touring with Slipknot, probably. It’s a go-home episode of Smackdown Live, so they’re pulling out all the stops for this one. On the talk show that follows Smackdown Live. 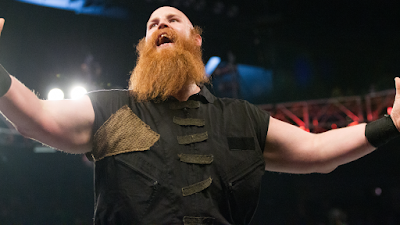 Whatever, I actually dig what they’re selling with Rowan, and I really like that he’s all “I leave for a little bit and now everything sucks.” He’s pissed that when he returned to The Wyatt Family, there was all this infighting and shit and now his leader is gone and exposed as a nerd who was a member of the A.V. club in high school. I’m pissed too, buddy.

So that makes me think Rowan has a shot at pinning Luke Harper at Backfat, otherwise what happens to Rowan if he takes a loss? Nothing, and that sucks, cause I like him. Maybe Bray left him some unused tricks in the Smackdown locker room, that are hopefully not just spooky hand-buzzers and trick maggot-gum.

Sami Zayn is not a jobber but his job is to lose. Does that make sense? Sami’s in a heated feud with Baron Corbin and all the heat is coming from Sami. Corbin’s phoning in attacks while Sami’s selling his ass off in and out of the ring. Baron’s got some great moves if you like tilt-a-whirl style slams and sliding out under the ropes. He would look cool if it wasn’t for his clothes, his attitude, and his bellybutton. 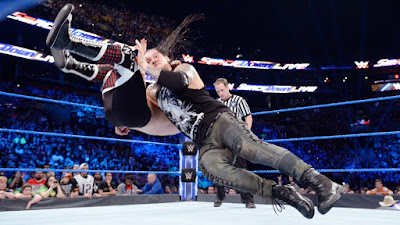 Sami, on the other hand listens to ska, skanks, overanalyzes everything, and wears checkered pants and goofy hats. Pretty much everything that’s indefensible, and I’m all in every time he steps in the ring. It takes a special soul reaper to cheer against Sami, no matter how lame he is on paper. His determination to not suck in the ring washes away all of that. So he’s gonna lose, Corbin will continue to get pushed, and I’ll have to think of new ways to make fun of his hair.

The Welcoming Committee has to win, or else why are we here, when there’s no way to explain how two of the worst wrestlers in the company, and Nattie, can beat half of the 4 Horsewomen and the Smackdown Women’s champ? Naomi is one of the best wrestlers today, as long as you keep her away from Charlotte. The two of them seem to forget how to wrestle when they fight.

What has to happen is, TWC wins by cheating, possibly using James Ellsworth as a foreign object. After the match they can be all “Welcome to Smackdown, bitches!” like in the pilot for The O.C.. So when Asuka shows up, they have to reluctantly “welcome” her, by getting run through on her way to the championship.

I’m still hoping that Backstab will just be a 3-hour Fashion Files segment. 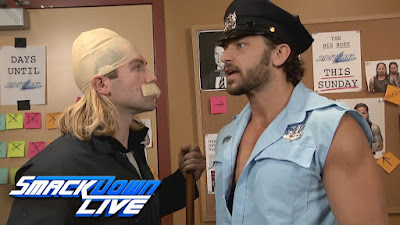 If not, then I definitely want them to get the tag belts, no offense to The Usos, but their heel turn spent about a week in Cool Town before it settled in West Caricatureville. And don’t think I forgot where they came from. The Usos are the Papa Docs of the WWE, right now.  I need dancing model-detectives as my Smackdown tag champs, and badass geniuses as my Raw tag champs. Not Clarences with real nice parents.

Kevin Owens is the best heel in the world right now. He outsmarted his way to the longest Universal Championship reign in history. Since Wrestlemania is a thing, he dropped the belt but was able to grab onto the United States “Of America” Championship on his way down a couple pegs. I’m still bummed out that Mania’s headliner wasn’t Jericho vs Owens for the most important belt. They told the best story in WWE all year, they should be rewarded, not treated like they were in the way of more important things. Like two meathead monsters scrambling to get a belt for their wall at home, or an electric-death goth vest retiring well after it should have. 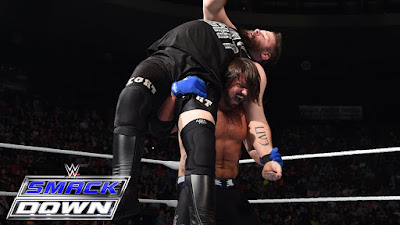 Now he’s fighting AJ Styles, who is best wrestler in the world right now not named “Cesaro.” AJ doesn’t really need this match, certainly not more than I do, because I think he can easily skip off Owens, back into the the WWE Championship scene. Randy and “SURPRISE IT’S” Jinder could use the help. Owens can manifest a compelling feud out of thin air, so I’d like it if he stayed down a level and built the US belt back to what it could be. John friggin’ Cena showed us it still has blood in its veins, just recently. This will likely be the best match at Backfat.

As far as the main event of Randy zzzzzzrton and Jinder “I have muscles now” Mahal. I don’t care. Flashback is as good a time as any to mix things up, so give it to Jinder, he seems like he wants it.  Randy always looks like he was just asked to do his chores, anyway.

Fingers crossed that Shinsuke Nakamura’s in-ring Smackdown debut isn’t him in full Michael Jackson gear, and peacocking like Mick Jagger to the ring, where his new move is a Electric Chair Drop called “State of Shock.” 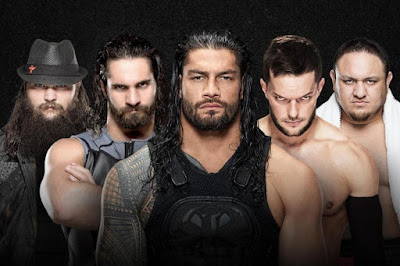 Oh yeah, over on Raw they’ve already set the main event for Extreme Rules in June, a Fatal 5-way (XTREME RULZ) between Finn Balor, Roman Reigns, Seth Rollins, Samoa Joe, and Bray Wyatt. So look forward to those guys punching one another to kill time until they can punch each other for a purpose. Extremely, and purposefully.

Finally, and most importantly, Goldust finally turned heel. At the expense of Golden Truth, so for me it stung a little, but everyone else was stoked. I’m pretty happy that we’re gonna get some creepy, stalkery, unsettling Goldust during his incredible renaissance, though. Goldust rules, in any form, but he’s in the twilight of his career, and he deserves some serious airtime before he skinsuits off into the warming glow of perverted retirement. I want to see him crash into the end of this run in an epic blaze of gory. Give a championship, give him well-written storylines. Give him everything he wants. Give him Bray’s production budget. He’s a fucking Rhodes, let’s treat him as such. 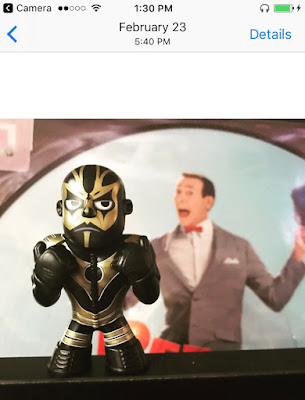 (P.S. Fed-up Goldust turns back on annoyingly optimistic man-child? Yup, I called that back in February. Yes, I would like a cookie.)