Yesterday, Lonzo Ball's sneaker company Big Baller unveiled their signature shoe masterpiece. Here now are some thoughts about these...things from your intrepid staff. Leading off is Brandon, as most of us had no clue who the hell Lonzo Ball was in the first place, so he had to explain it to us.

BEHOLD! Sneakers you'd wear if you worked in the food industry!

BRANDON: Lonzo Ball is going to be a top 3 pick in the upcoming NBA draft. He went to UCLA, and he's the eldest of 3 Ball brothers. The other 2 will end up at UCLA in upcoming years. His dad is LaVar Ball, who is an insane person with an inflated ego that rivals that of the North Korean guy, and our current Commander in Chief. He's made such claims as Lonzo is better than Steph Curry. (He's not). That he himself could have beaten Jordan 1 on 1 in his prime. 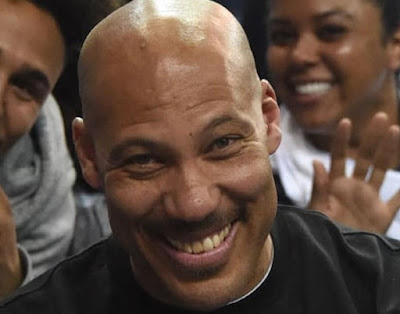 Also, he said he rides dragons & can out-drink Andre the Giant. The shit eatin' grin says it all.

Lonzo was a really good passer in college. But he has an awkward looking shot. He's being hyped as a potential #1 pick, but I'd rather have the kid out of Washington, Markelle Fultz. Also, the Balls are obsessed with LA. All they want is for the Lakers to draft him. I don't want any part of this kid on the Celts.

And he's stated that any major apparel company would need to sign all 3 Ball kids to a billion dollar deal, and to incorporate his own made up crap, Big Baller Brand. The reason the shoes are so ugly is because Nike, Addidas, & Under Armor all told this clown to pi$$ off. And apparently the only person he could get to work with him was a guy in his garage sewing old belts together. 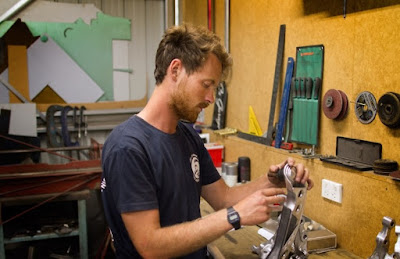 DAN:  They look like a knockoff brand of sneakers a Chinese woman would come into a bar with. "40 dollar" she'd say and you'd be drunk and offer 25. You'd take them home and laugh about it. And in the morning, after your hangover, be heated that you spent 25 bucks on those piss poor sneakers instead of spending 25 dollars on piss poor beer. 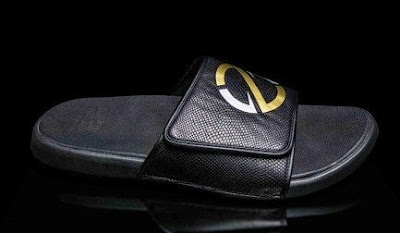 Don't forget the flip flops...retail price: TWO HUNDRED & TWENTY FUCKING DOLLARS!
Flip flips for a cool 200 bucks is also laughable. Who in the FUCK is buying flip flops for 200 bucks??!?!? Flip flops are disposable. You wear them to the beach and leave them there. I've spent I think 4 bucks on flip flops total in my life. These Ball guys...they're not my type of guys.

JUSTIN: Whenever I see a dude wearing flip-flops anywhere but the beach, my first impulse is to stomp on his stupid fucking hairy toes.  No one wants to see your disgusting man-feet, loser.  Put some goddamn real shoes on.

And there you have it. Our in depth fashion analysis of sneakers we'd never buy made by a dude only 1/3 of us had ever heard of before. Tune in next time when we write about another piece of fashion that sucks.