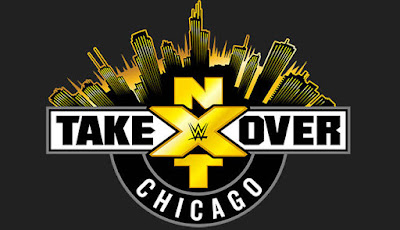 I should be really hyped for this show. The crowd is probably going to be insane, the matches are going to be fun. But...I don't know, my love for NXT have dimmed in the past couple years. And this is the guy7 who went and saw them in Columbas back to back years. I used to love NXT, but in recent months the brand went from a great match factory to an empty vessel of what it was in 2014. Oh well, enough bitching and on to the PPV.

Roderick Strong remains one of my favorite wrestlers, and the video packages of the past few weeks have made him out to be the biggest hero in NXT currently. Eric Young has been doing better work than I ever would have thought with his Sanity faction. I'm very high on the four of them, and I think they could be the first faction in NXT history to hold all the titles at once. And I'd be 100% okay with this.

Landon's Pick: Strong needs to look good if he's going to challenge Roode. Strong to win.
Justin's Pick: What a TNA throwback.  I dunno, I think they keep Young winning via nefarious means. 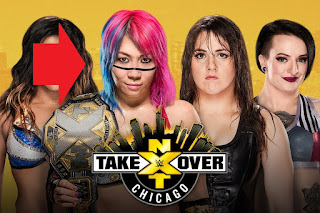 Asuka vs. Ruby Riot vs. Nikki Cross, for the NXT Women's Championship

We have officially run out of things for Asuka to kill. Dropping the title to Ember Moon was the best option we've had so far, and now we're just kind of...what, waiting for the Joshi batch coming in? Fucking hell. I used to like multimans a lot. Now I can only see them as a message of "we're out of ideas, so here's a crazy schmozz".

Landon's Pick: Well Ember WAS in this match and I would have picked her, but Asuka to retain I guess
Justin's Pick: Yes, it was clearly going to be Ember's time, but now they have to stall.  Asuka retains.

I love Pete Dunne. I've gotten to take in a lot more of his work since the UK tournament. His PWG and RevPro work has been exceptional, and I'll be going into this match hoping he takes Bate out.  This match is going to be important in the momentum of the UK weekly show, as a good performance here is going to hopefully boost the viewership.  Doesn't matter who wins here, cause Wolfgang's gonna beat them either way.


The Authors of Pain vs. Ciampa and Gargano for the NXT Tag Titles, Ladder Match

I wish the WWE would sign War Machine, just to kill the Authors of Pain and send them back to the Developmental Center to be repackaged. And give War Machine Ellering while we're at it. 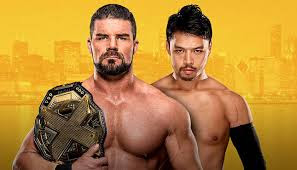 Bobby Roode vs. Hideo Itami for the NXT Championship

I really like Bobby Roode as a champion, and I like Hideo as a wrestler in general. this should be a really great main event, if the styles of the two men don't clash too badly. Hideo needs to recoup after having been on the shelf on and off for what feels like collectively two years. Some might call it a blessing, as he managed to avoid getting buried in the swell of talent he came in with. Is this his time? Maybe, but I doubt it. Bobby needs to be champion forever. It'll keep him over to stay in NXT.