I’ve been writing for this website for a few years now and I’ve noticed most of these articles are jokey, silly nonsense. Well, faithful reader, I want to jump into some real Journalism. That’s capital J type journalism. I’m ready to hit the streets and dive into what has been called a most addictive drug: Cocaine. That’s right. I watch 20/20. I know the statistics. Kids are out there dying from, I assume, cocaine overdoses. I will attempt to see the how and the why of this terrible disease first person. 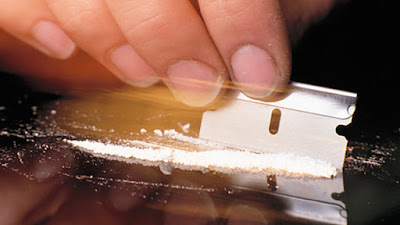 It’s not just for breakfast anymore.

First, I had to procure some cocaine. Easier said than done. I had to google map my directions to the nearest ghetto. I trekked down dark alleys, avoiding guns, knives and ninja stars just to find a dealer willing to part with some of that sweet toot he be slanging.  JK. I went to one bar in Southie and BOOM, I was offered a bag of affordable booger sugar. 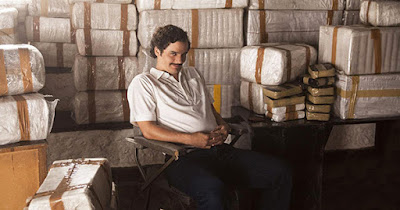 Thankfully, he had some he could spare

He asked me not to use his real name so I’ll refer to him as Snorty McSideSniffs. Snorty was a jumpy fellow with a black eye & maybe 4 teeth. I barely sat down before he was offering up the fast white lady. We settled on a price of $100 for a bag, which may seem like too much or too little, I don’t know, I’m a novice here. Before I could pay him, however, he was asked to a meeting in the men’s room by a much bigger man who also asked me not use his real name. We’ll call him Smokey McBongWater. Smokey needed to talk to Snorty immediately about “harvesting his broccoli” which Snorty wanted nothing to do with. They were in the bathroom a really long time and I was parked in a handicap spot. I wrote an IOU because the bartender saw me take the bag and I wanted to show how honest I was. 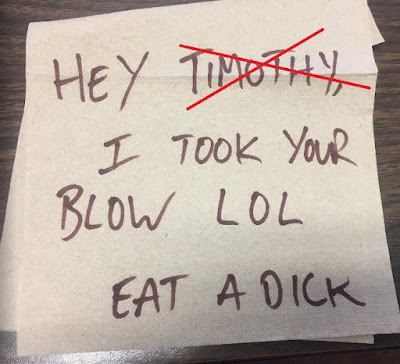 I got the hell outta there and then I needed a place to ingest the disco dust. I decided to do it old school, right in the car.  The sensation hit me like a ton of bricks. I felt invigorated. I felt alive. I felt I needed some more. Having burned one drug dealer already, I headed off into a different neighborhood to try to get another sample. The sniffs were something I was still confused about. This wasn't cocaine being addictive. No, this was science. Like a high Mr. Wizard, I was on a quest for KNOWLEDGE...and drugs.

I got in touch with a friend who hooked me up with his connection, Juicy Toby. He operated out of a van which was parked behind the Early Grave Detention Center. Toby sold me a bag which was even more affordable than the first considering I had burgled it. He told me "this shit will turn your asshole inside out" which, oddly, was not a threat. I gave him the money but he told me he wanted "all my cream" which DEFINITELY was a threat. I was a tad dismayed at the fact that Juicy Toby was about to live up to his name and fornicate with me in a manner with which I would find most regrettable. As it turned out, Toby was talking in slangs, with C.R.E.A.M. standing for "cash rules everything around me". That set me at ease but was puzzling, to say the least.  I asked him what he meant by that and he immediately screamed profanities at me before finally yelling "I WANT THOSE HUNNITS" and hitting me in the face. 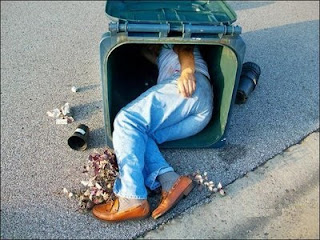 "THIS YOUR HOME NOW, FOOL!" were the last words I heard

I woke up to find not only my money gone, but also my shoes and pants. That's right. I had been gotten. Some people say they can't get got. I had always been in that school myself. Alas, Juicy Toby had shown me otherwise.

I had no way out of the area and didn't know what to do. But he did leave me with the bag of Peruvian nasal fuel I had purchased. It was nice to know a drug dealer could be honest while still assaulting and robbing you.

The next few days are a blur. Filled with enough Colombian nose beer to kill Keith Richards, I wandered the land, meeting new friends, dangerous enemies, and sleeping in places stray dogs try to avoid. It was quite a ride.

In summation, my plan was to try cocaine one night for a few hours. I ended up in St. Louis for 9 days being tricked out by a pimp with one leg named Sweet Sugar Honey. Is cocaine addictive? My results are inconclusive. More in depth testing is required.