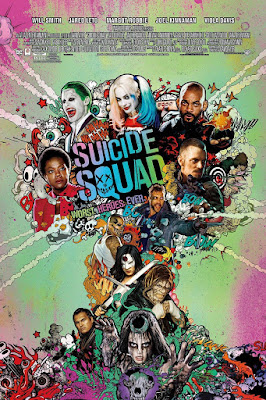 Three movies into the DC Cinematic Universe, three swings and misses. After watching the dour mess that Man of Steel and the long, complicated, and ultimately disappointing Batman v Superman, Suicide Squad was supposed to be DC’s fun entry into their movie world. They failed, miserably.

The movie starts off ok enough. Amanda Waller, played masterfully by Viola Davis, is high-ranking government official that decides in the aftermath of Supes' death, they need some real scumbags to protect the Earth. Of course. That’s logical. They introduce all the Suicide Squadders, with Will Smith’s Deadshot getting the most backstory and screen time. Which makes sense, he’s one of the most popular actors in the world. What doesn’t make sense is that he’s supposed to be a bad guy. And the bad guy actions they show him making in his introductory flashbacks is killing mobsters. So…not really a bad guy. Sure, he’s a hitman that gets paid for his killings, but they only show him killing bad guys. He’s also got a young daughter he cares about, so he’s actually just trying to make enough money to take care of his kid.  I realize that’s so Will Smith isn’t shown as some vile scumbag devoid of any possible redemption, but to make a villain team with a good guy-ish leader is already suspect.

Then we get Harley Quinn, the Joker’s girlfriend played marvelously by Margot Robbie. She nails this role, even while not really given much to say (though when she does talk, she somewhat mimics Arleen Sorkin’s iconic voice as Harley from Batman the Animated Series). Peculiar, as she’s essentially the second lead in this flick after Smith. Her backstory shows how she was a psychiatrist at Arkham Asylum assigned to the Joker but OOPS, she falls in love with Mr. J. Here’s kind of where the movie goes off the rails for me, and it’s twofold:

1. Why is Harley invited into the Squad? Everyone else has some sort of super-ish powers. She’s just some crazy loon who knows the Joker.

2. I’m pretty sure she’s here so we get a glimpse at Jared Leto’s Joker. He doesn't really belong in this movie. It's just weird the way they inserted him into it. He shows up from time to time in flashbacks and in the storyline proper, but for no real reason. The movie kinda just throws him in there like "Hey look, it's the Joker, that kooky killer clown you know; we don't need to tell you why!"

Also, as they introduce the team, each one gets a little bio written on the screen. In a blink and you miss it moment, Harley’s says “accomplice to the murder of Robin”. It seems to me that this little tidbit could’ve been a way to make the Harley and Joker scenes far more interesting. Batman is in this flick for a few fleeting seconds, but goddammit, the two people responsible for his little buddy’s murder are out and about? How is he not in this movie more? I’d rather have had a plot where Batman is chasing this government-run team around because those two are free again. Have more Batman in this and you have better overall universe-expanding flick. It makes more sense than the cameos the Joker and Bats have instead.

And then the rest of the Squad is shown. But no one really cares about them. The whole point of the Squad is to shove them into dangerous situations and if things go to shit, you just blame them for all the shit, cause they’re bad guys. So in the movie, when things go to shit, they send in the Squad…with military backup and equipment. Thereby DESTROYING the whole point of the Squad. How can you blame them for all the bad things if there’s government tanks and choppers everywhere?!?!? 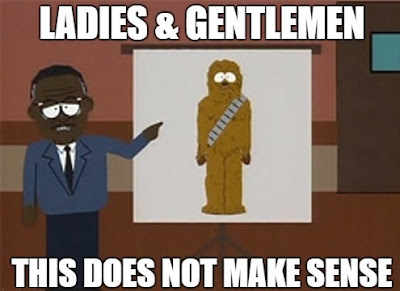 The Squad has to fight a scientist who turns into a witch named the Enchantress (Don’t ask) and when they are dropped into this situation, the rest of the movie is the squad fighting a bunch of reanimated corpses that the witch throws at them. They look like pickled bubble men.


The action scenes are loud, badly edited and monotonous. They’re all the same. Completely forgettable and frankly, boring after the first one.  And the minions the Enchantress throws out there, the pickle guys, are no threat at any point in this movie. Not once did I think any of the Squadders were in danger near these dudes.

Somewhere in here coulda been a decent flick. If you laid out the characters better and had them actually become a team instead of dumping them all into a street fight at first, maybe the audience woulda cared about them. As it plays, they show me a buncha people and BOOM here’s your team, enjoy! It’s a very forced venture.

DC’s movie universe is on the ropes here. The first 25 mins of this movie are not horrible. They could’ve expanded on the squad more as characters and not just archetypes. But it complete falls apart after that. A not at all interesting villain, repetitive action scenes and predictable outcomes to the plot really sink this movie. Maybe the next DC movie will be good? Help us Wonder Woman, you’re our only hope.
Posted by Justin Enuffa Ballard at 11:12 AM