2014 had quite a diverse crop of good films.  As often happens, only a handful of memorable films came out in the first half, but the fall/winter season picked up pretty big and left us with some quality cinematic fare.  So let's look at the five best of 2014.... 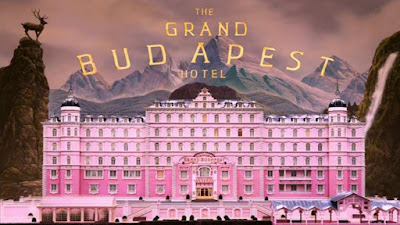 I've historically not been much of a Wes Anderson fan.  He seems to fall into the "you either love him or hate him" category.  In my case it's been more like "I don't get him."  I was less than impressed with Rushmore and The Royal Tenenbaums, finding them almost desperately quirky.  But with Grand Budapest he created a memorable, sardonic, atmospheric little black comedy about a hotel lobby boy (Zero) and his friendship with the head concierge (M. Gustave), who unwittingly finds himself the beneficiary of a deceased female guest, with whom he had a romantic relationship.  The inheritance is in the form of a very valuable painting, now highly sought after by the old woman's criminal son, and the chase is on to keep the painting in the hands of its rightful new owner.  The all-star cast includes Ralph Fiennes, Adrien Brody, Willem Dafoe, Jeff Goldblum, and Tony Revolori as Zero.  Sporting a unique visual style and art direction, this film was an unexpected treat.  Watching these characters outmaneuver each other while delivering rapid-fire, stylized dialogue made for a tremendously charming experience. 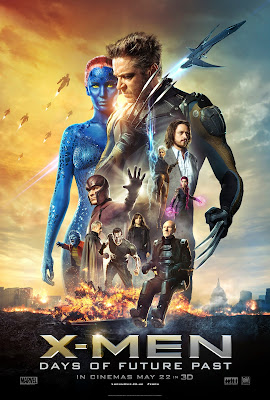 The sequel to possibly the best X-Men film thus far, DOFP picks up the story in the distant future, where mutantkind has been hunted to near-extinction by Sentinels, a fleet of superpowered robots designed in the 1970s by the bigoted Dr. Bolivar Trask.  Upon his assassination by Mystique, Trask was held up as a martyr and his Sentinel program gained support from the US Government, eventually leading to this dystopian future.  Professor X, Magneto, and the remaining mutants concoct a plan to send Wolverine's consciousness back in time to prevent Trask's murder, thus stopping the Sentinels from ever being commissioned, and altering the timeline.  Only problem is Xavier and Magneto are each at their lowest and least cooperative point in 1973, and Wolverine must talk them into working together for the eventual common good.  Full of great action set pieces and excellent performances (particularly by James McAvoy as the young Xavier), Days of Future Past continues the trend of great X-Men films and kinda sorta restores the continuity X-Men 3 so carelessly tampered with (Okay, it really doesn't restore anything, but who cares; this movie's awesome). 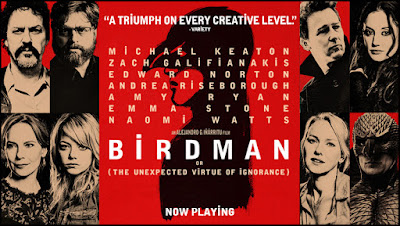 The 2014 Best Picture winner, directed by Alejandro G. Iñárritu stars Michael Keaton as an aging former superhero film star now relegated to a small Off-Broadway play in the hopes of reinvigorating his flagging career.  Filmed largely on handheld and presented as one fluid, unbroken shot, the film almost feels like a stage production and boasts multiple excellent performances by Keaton, Edward Norton as a self-important Broadway star, Emma Stone as Keaton's troubled daughter, and Zach Galifinakis in a rare straight-man turn as Keaton's lawyer.  The film contains themes about struggling with celebrity (or lack thereof), artistic integrity, redemption, and the theater itself.  Iñárritu and company have created a brilliantly unique, thought-provoking cinematic experience, and he would follow it up in 2015 with another one. 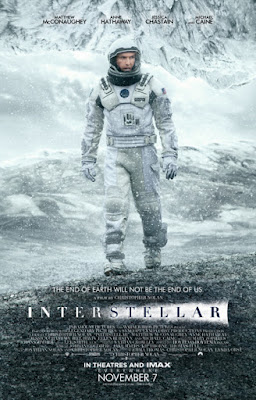 Christopher Nolan once again delivers an epic, thoughtful variation on a genre picture with the sci-fi drama Interstellar.  In the not-too-distant future the Earth's soil has turned against humanity, making crops all but impossible to grow and moisture scarce.  The former NASA has secretly sent several astronauts around the galaxy to find a suitable replacement planet before Earth becomes uninhabitable, and has now designed a giant spacecraft to transport a select cross-section of humanity to our eventual new home.  Matthew McConaughey joins the team to evaluate each of the selected planets and hopefully solve the issue of shipping humanity off the Earth.  This complex adventure provides a realistic portrayal of the callousness and isolation of space, combined with compelling characters and a beautiful, organ-heavy score by Hans Zimmer.  One of the most fascinating sci-fi films in quite some time. 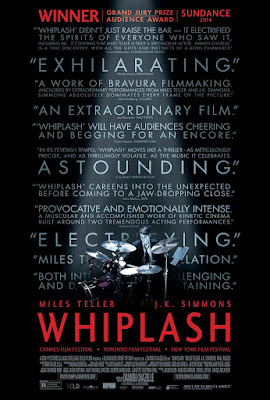 As a music school alum (a jazz-dominated school at that), Whiplash immediately appealed to me because of its subject matter.  But then it defied my expectations of being a Mr. Holland's Opus-type movie where the student and the hard-ass teacher grow to respect each other and a father-son bond is forged.  Nope, Whiplash wasn't like that at all.  The teacher Terence Fletcher (JK Simmons) is never presented as a particularly likable person.  He's vulgar, brutally tough on his students, unapologetic, and grandiose.  And the student (Miles Teller) is stubborn, ambitious to a fault, and single-mindedly obsessed with being the world's greatest drummer.  By the end of the film his goal is not to gain Fletcher's respect, but to gain his awe.  This film is mostly about this power struggle, and it's absolutely riveting.  Simmons delivers a career performance (not to mention some of the most creative swearing I've heard in years), and Teller announces his arrival as a top-notch young actor.  This film was apparently loosely based on writer/director Damien Chazelle's own music school experiences, and he brings a very personal touch as well as a captivating visual flair.  Whiplash is one of the best music-related movies I've ever seen, and my favorite film of the year.