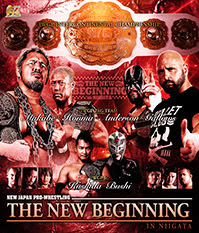 The second half of this double-shot PPV is all about the final three matches, all of which are for major championships.  Sadly the rest of this show consists of mostly filler tag bouts to continue the various feuds.  So I may get a lot of those wrong.  But here we go...

After losting the Jr. Tag belts in Osaka (really psyched Sydal & Ricochet won the straps), Matt & Nick Jackson will be teaming with fellow Bullet Club member Cody Hall against the three masked men.  This is little more than a fast-paced opener, but should be fun.

This one is clearly to keep reDRagon's momentum up after Thursday's loss.  They'll get an easy victory here over the aging members of Chaos.

This'll be a wild clusterfuck-type match and I expect new Jr. Tag Champs Sydal & Ricochet to carry most of the workload.  Not much importance at all, but should be entertaining.

The rebuilding of Naito's stable continues as they face ROH favorite Elgin and rising Young Lion Jay White (who is really impressing me thus far - has shades of Bryan Danielson).  Naito should have some great exchanges with both opponents on his way to another win. 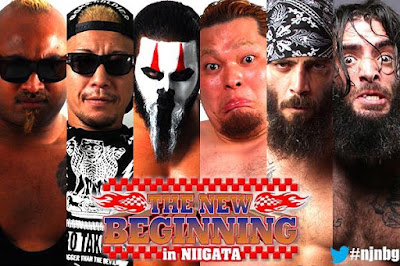 This one is odd, given they just faced each other on Thursday for the Six-Man belts.  Not sure why they'd book a non-title rematch right after that one.  Since The Bullet Club won the belts I'll pick Yano & The Briscoes here so Mark & Jay retain some heat for their next New Japan stint.

My pick: Yano & The Briscoes

A six-man designed to keep the two Title feuds going, I imagine one of the lower-tier guys will take the pinfall so the two champions and their challengers are all protected.  Doesn't matter much at all who wins this, but I guess I'll go with Team Goto. 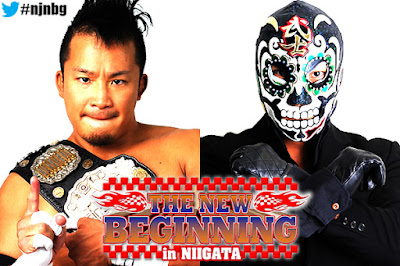 Okay, now we're at the meat of the card.  New Jr. Champ Kushida will likely be that division's standard-bearer for most of 2016 if not longer.  This should be a fine Cruiser-style match and end with a decisive win for the Champ. 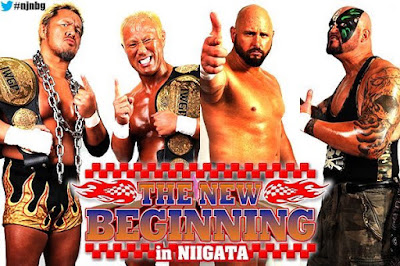 These two teams had an unexpectedly good match at WK10 and this rematch should be equally enjoyable.  This will of course be Karl & Doc's swan song before they report to WWE, thus GBH will obviously retain and a new team oughta step up afterward and issue a challenge.  If it were me I'd unify the Heavyweight and Jr Tag divisions to make an Openweight Tag division.  Think of the fresh matchups you could make, and how much more prestigious the Titles would be with greater tag team depth. 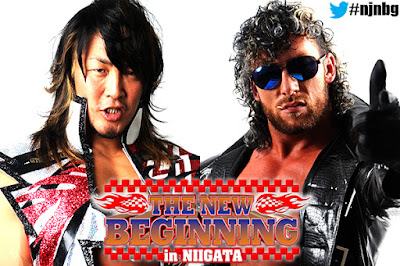 This is the one we've all been waiting for.  Kenny Omega is poised to have a milestone year.  I'm still upset we didn't get the Nakamura-Omega match, but this is the next-best thing.  Omega has his work cut out for him to keep the I-C Title as meaningful as Nak did, but the potential is certainly there.  Omega defeating Tanahashi here would cement him as the company's new main event heel.  I can't think of any other scenario that makes sense, especially since they did that injury angle on Thursday.

There's your second New Beginning card.  Not much going on till the final three bouts but hopefully it'll be a fun watch all the way through, and we'll get a clearer picture of where New Japan's headed for Invasion Attack in April.  Bring it back here for my New Beginning Review on Monday!  Thanks for reading!
Posted by Justin Enuffa Ballard at 8:43 AM