Welcome to another season finale of Enuffa.com PPV Predictions!!  The annual battle between myself and Dan Moore has come down to this event.  Currently Dan's leading by 2 correct picks.  Can I close the gap?  We shall see. 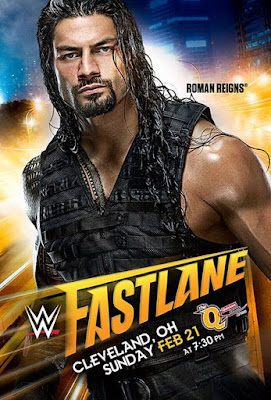 The Road to WrestleMania is about to stop in Cleveland, OH this Sunday, and by the end of the night we should have a much clearer picture of the WrestleMania 32 card (Spoiler Alert: It ain't lookin' good so far).  FastLane does have a handful of intriguing matchups, one of which had to be bumped to the PreShow to make room for a talk show segment.  Because it wouldn't be a WWE PPV unless the company did something stupid. 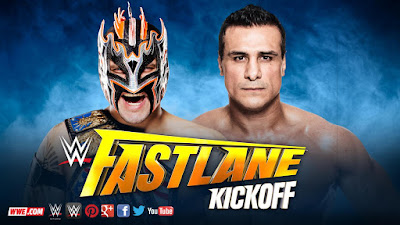 Looks like this will be the blowoff to this feud.  These two have delivered some solid work over the past several weeks and traded the belt back and forth.  I'm a sucker for 2/3 Falls matches, so this should be quite good if given time.  Too bad the company deemed a US Title match less important than Edge & Christian plugging their upcoming WWE Network series (Hey guys, if you need to plug a new TV show, there's this great free television platform called Monday Night RAW.  Fuckin' idiots.).  Undoubtedly we'll be subjected to at least one commercial break during this bout since that's what they do on the PreShow.  Nevermind that the PreShow itself is a full hour and there's no reason to save a commercial break for "during a match."  Anyway this should be fine.

Justin's pick: I don't see the point of this match happening again unless Del Rio wins back the belt, thus relegating Kalisto back to the tag division (where Sin Cara is waiting to be given a purpose)
Dan's pick: I think this will be the one match we differ on in this utterly predictable PPV offering. Bumping a championship match to the pre-show is never a good move. Kalisto retaining is. 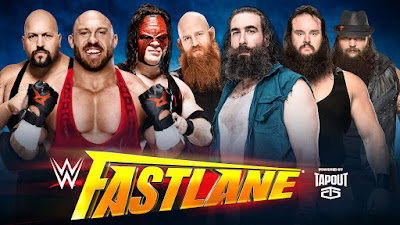 This should be hyped as a Who Gives a Shit Match.  Bray Wyatt will not be wrestling here; instead it's Harper, Rowan & Vince McMahon's handpicked breakout superstar Braun Strowman (Yeah, good luck with that, Vinny).  Anyone else find it just wrong that the long-irrelevant Big Show and Kane are still active wrestlers at age 44 and 48 respectively, but Daniel Bryan's retired at 34?  Anywho, this is likely (by "likely" I mean "a mortal lock") to be ten pounds of suck in a five-pound bag.

Justin's pick: The Wyatts, obviously.  Gotta start making Mr. Strowman the next Ultimate fucking Warrior
Dan's pick: Those filthy hillbillies take it. Also, I'm shocked that the Big Show is younger than Kane. I don't know why, I just am. 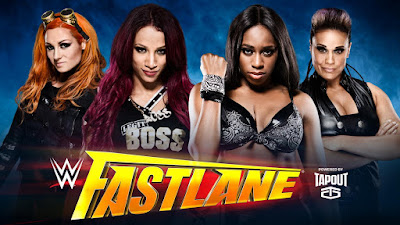 For the first time since SummerSlam 2014 (I think) we're actually getting two women's matches on a single PPV.  This feud hasn't exactly lit the place on fire but it's nice to see a secondary women's feud for a change.  Plus it's clearly designed to position Sasha as the #1 Contender for Charlotte.  Whether that means Charlotte vs. Sasha one-on-one (my preference) or Charlotte-Sasha-Becky, this WrestleMania should actually have a good women's match, which is kind of a first. 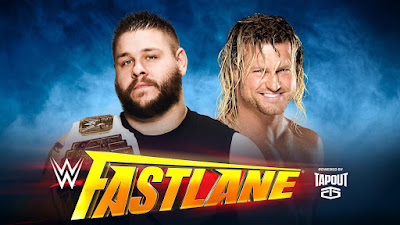 This is one of two matches on this PPV that was built up by giving away the match multiple times for free.  WWE's logic is truly staggering sometimes.  That said, Owens and Ziggler have delivered every time on RAW so this should be a fine contest.  Owens won back the I-C Title this past Monday, obviously so there'd be some suspense about Dean Ambrose maybe winning the FastLane main event.  As long as Owens gets a meaningful singles match at 'Mania (preferably against AJ) I'll be satisfied with that.

Justin's pick: Kevin Owens
Dan's pick: KO retains in the 8th rematch of the month between these two. 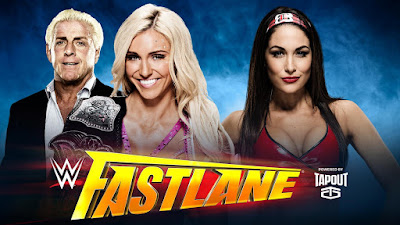 Well Mrs. Daniel Bryan announced this week that she would also be stepping away from the squared circle to start a family with her husband.  So this is clearly meant to be her swan song.  Say what you will about the Bellas, but both Brie and Nikki worked hard over the last two years to improve their game and help transition the Divas division into a serious athletic brand.  They were hampered by a horrible sister vs. sister angle in 2014 that ultimately went nowhere, but their in-ring skills have massively improved.  Charlotte should win decisively here though, to complete the aforementioned transition.  It's the former NXT "Horsewomen's" time now. 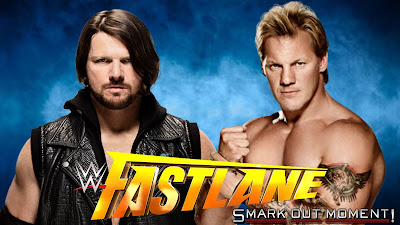 Easily the match I'm most excited about despite having seen it twice already.  Both free TV matches have felt like these two were holding back and saving some fun for the PPV.  So hopefully they'll pull out all the stops in this rubber match.  I have to give Jericho credit -  despite almost never winning big matches anymore, he carries enough of a cache that a newer guy beating him still means something.  The only other guy with a questionable win-loss record who could come and go at will and still put over new guys effectively was Shawn Michaels.  Anyway, this will likely be AJ's early WWE career-defining match, and I just hope the company holds up their end of the deal and gives him something good to do at WrestleMania.  As I said, I'd be happy with Owens vs. Styles for the I-C Title.  Just please, for the love of all things holy, DO NOT give us another 7-man Ladder Match with all of our favorites thrown together.  That was stupid.

Justin's pick: AJ wins the series
Dan's pick: As much as it pains me to see my hero lose repeatedly, that's his lot in WWE now. Putting over AJ is the only move that makes sense. 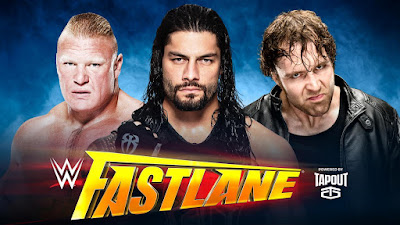 Okay, here's my problem with this match.  On paper, this should be great.  I expect a good four-star main event outta this.  But Vince, you've pitted the guy you're hoping gets massively over as the top babyface, against the actual two most popular babyfaces in the company.  In what universe do you expect Reigns to get anything but scathing, psychotic hatred from this crowd when he inevitably wins?  This'll be like Royal Rumble 2015 all over again.  The fact that Ambrose had to be the last guy eliminated from the Rumble so the live crowd would boo Triple H should say it all, to anyone with a fuckin' brain in their head.  And I'm sorry, if you think Reigns is getting cheered at 'Mania against the well-respected wrestling legend/Head of NXT Triple H, in spite of whatever half-assed, poorly-scripted promo segments you put him in, you're out of your goddamn mind.  Reigns is goin' down hard.  Vince McMahon is the opposite of King Midas - everything he touches turns to shit.  Have fun trying to get the upcoming Reigns vs. Strowman feud over this spring.

Justin's pick: Reigns wins to set up his match with Hunter.  Yawn.
Dan's pick: I concur. And I don't care. Here's how it ends...Wyatts take out Brock, setting up some WM matchup, RR has to pin Dean. The end.

Well there's your FastLane card.  I dunno if the Edge & Christian segment with New Day will lead to them introducing a new team and an impromptu match, but it seems to me that such a segment would be much more effective on RAW.  Once again, in spite of the shitshow that is WWE Creative, this show should be solid.  Enjoy!
Posted by Justin Enuffa Ballard at 2:45 PM