31 Horror Movies in 31 Days: The Babadook 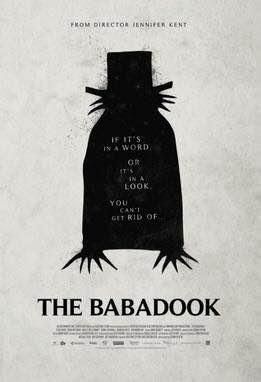 One of the most critically acclaimed horror movies to come along in years, The Babadook lives up to all the praise it's received. Davis plays Amelia, single mother to Wiseman's Sam. They live alone in a suburb of Australia. Sam's father was killed on the ride to the hospital on the day Sam was born. Neither Sam nor his mother has really ever gotten past this tragedy.  Sam is a troubled child both in school and at home, which puts many levels of stress on Amelia. She can barely sleep, her work suffers, as does her relationship with her sister, Claire (McElhinney).

One night, Sam chooses a new book off his shelf for a bedtime story.  The book, the Babadook of the title, starts a cycle of terror that swallows up both Amelia and Sam. This strange creature starts haunting the family, making sleeping even more impossible. Amelia slowly slips away psychologically. She's on edge due to her insomnia, her difficult time with her son and of course, the Babadook. She soon realizes that the only way out of this nightmare is to face her fears.


I really dug this flick. Director Kent plays up the the horror movie tropes to a fun, scary degree. The movie shows you that those strange noises you hear in the night could be the monster from your closet. It's more about what you imagine as the danger than what is shown on screen. Is it in Amelia's head? Is the Babadook real? It seems to be a combination of both. Part of those questions lie in the great performance by Essie Davis. Your heart breaks as you see thus frazzled single mom suffering day in, day out. She's doing her best to raise her kid, but everything, including supernatural demons, are against her. You can understand the extremes to which she starts going. Loving displays of motherly affection contrasted with scary displays of pure psychotic behavior.  And you're never sure if it's her, or the Babadook. It's a great way to play out this horror movie.

THE GOOD: The acting is first rate. The Babadook book is a top notch design, as is the creature himself.

THE BAD: I really wanted to see more of the Babadook. They played him up so well, I was hoping for a big, frightening reveal type scare fest towards the end, but I didn't get it. I was a tad disappointed.

THE DUMB: Nothing to see here

SHIT OR HIT:  Total hit. One of the best I've seen in a long time.
Posted by Justin Enuffa Ballard at 8:39 AM