Welcome to another set of New Japan PPV Predictions, here at Enuffa.com!

This coming Monday is the annual October event, King of Pro-Wrestling, which has historically been a pretty hot show (KOPW 2012 and 2013 contained several classic matches apiece).  This is generally where any final changes of significance are made leading into WrestleKingdom season, and several championships are on the line this year.

Also of note is that KOPW will be the first NJPWWorld.com broadcast with optional English commentary (provided by Kevin Kelly and Matt Striker), which is fantastic news.  Clearly the company is gaining traction in the US!

The opening match is of the "cram a lot of guys into one match" variety, just to warm up the crowd.  Not much of an issue going on in this one but it should be an amusing little schmozz.  Kushida needs some kind of win after dropping two title matches in a row at Destruction.

Underdog favorite Honma finally gets a singles match on a PPV not named G1, so this oughta be a fun watch.  I'm hoping he's given some actual wins for a change; he's way too over to be jobbed out every month.

The other big tag match features a helluva stacked babyface team; Goto, Shibata and Ibushi all on one side.  Goto just dropped the I-C Title, Shibata lost to Naito, and Ibushi failed to win the Never Championship (he's unsuccessfully challenged for all three major singles championships this year).  So these three desperately need a reset-win. 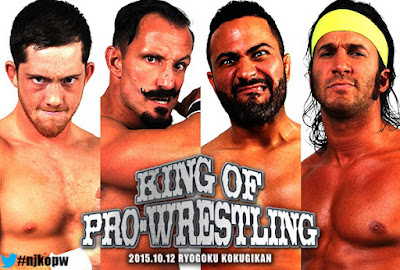 Consummate technicians Bobby Fish and Kyle O'Reilly turned back the challenge of Time Splitters at Destruction in Kobe and were promptly challenged by Beretta and Rocky Romero.  This should be a blazing tag match as per usual.  reDRagon should keep the belts at least until WK10 I think. 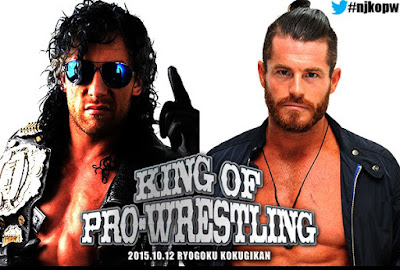 Kenny Omega rather surprisingly regained the Jr. Heavyweight Title at Destruction and now moves onto NJPW newcomer Matt Sydal.  It's been a long time since I've seen the former Evan Bourne wrestle, so this should be a lot of fun.  Omega's been a very strong heel champion in this division and I don't see him losing the belt again so soon.

Last month at Destruction Shinsuke Nakamura regained the I-C Title from Goto, at which point Karl Anderson challenged him to a title match, citing his upset win over Nak at G1.  Clearly that's what this match is built around and it's an opportunity to present Anderson as a threat to the Championship.  It also creates an issue between Nak and the Bullet Club, hopefully leading to Nak vs. AJ at WK10. 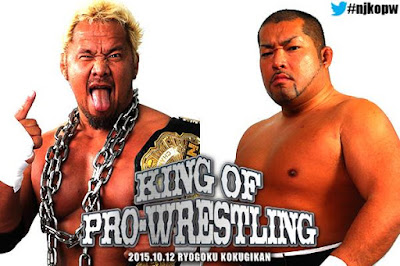 This match will be the fourth PPV meeting between Makabe and Ishii this year, as they've fought all over the place for this Title.  Every match has been quite good, particularly their WK9 slugfest.  I expect more of the same, and while I'd have preferred Ibushi to dethrone Makabe last month, I'm okay with the idea of Ishii regaining it.

Justin's pick: Not much reason to do this match again unless Ishii's winning back the belt 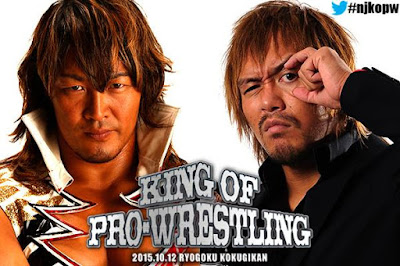 It's New Japan's #1 good guy vs. its newest heel attraction.  These two had a solid match at G1, which Naito obviously won, hence his right to challenge for the briefcase here.  In the semi-main slot though, this will have more time to breathe and should be a fantastic bout.  Tanahashi's clearly keeping the #1 Contender spot at WrestleKingdom. 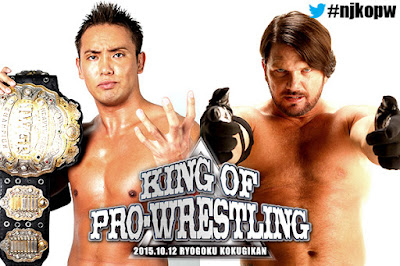 Just like their previous match at Dominion, this should be a classic.  Okada has fully come into his own as New Japan's heir apparent, and Styles is....well, Styles.  There's no suspense going into this match; Okada's facing Tanahashi at WrestleKingdom.  But this'll be a helluva lotta fun to watch.


Since its 2012 inception King of Pro-Wrestling has been good-to-excellent, so hopefully we'll see that trend continue.  November's Power Struggle is usually just a collection of good-but-inconsequential bouts, so KOPW should set the stage for WrestleKingdom.  The Road to WrestleKingdom is on the horizon!
Posted by Justin Enuffa Ballard at 10:16 AM