Take a look at all our picks from last week. 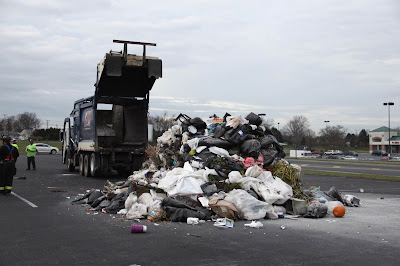 1-8 for the three of us. That's almost as bad as Brandon and Miggsy's combined hairlines. Backdoor cover by the Colts screwed all our locks of the week. But I'm glad it happened. Because this happened. 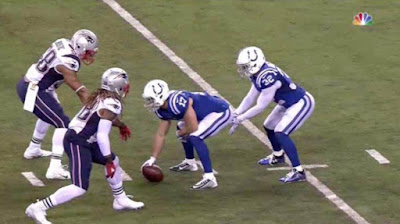 That fake punt play right there is the happiest I've been in years. I'm so glad it happened. Whenever I'm feeling down, I just look at that and smile. It makes me so happy.

Cleveland (+6.5) @ St. Louis THE PICK - ST. LOUIS
This is not a pick made on any kind of endorsement of the Rams quarterback situation. Not at all. Nick Foles has looked lost. His previous game, he threw four picks. He looks worse than Miggsy's toilet last weekend after we all had a million beers. But that's nothing compared to the trash that has been the Browns rush defense. They're giving up just about 150 yards a game. And Rams rookie running back Todd Gurley has 305 rushing yards over his past two games. He's running through defense lines like we ran through all of Miggsy's food & beer last week. I think Cleveland gets shredded here, much like I was on Saturday when I dropped beer all over Miggsy's kitchen.


Houston (+4) @ Miami THE PICK - MIAMI
Amazing what a 'roided up new head coach can do for a team. His rage has instilled this team with a new kind of football ability. It's called "competence." Their defense was stellar last week, sacking the QB half a dozen times. They also decide to rush the ball and lo and behold, they had a season high in rushing. I expect them to continue this new found aggressiveness against an uneven Texans team.

And after last week's mess my lock of the week is:
HOW MANY TIMES WILL I BE DENIED SEX THIS WEEKEND (+8)
(lay the points. It'll reach double digits easily)
Ok for real...

DAN'S DOMINANT PICK OF THE WEEK
Dallas (+3.5) @ New York THE PICK - NEW YORK
I hate this. I hate the Giants. I hate Eli. I hate his stupid, goober face. I hate that he beat the Pats twice in the Super Bowl. I hate how those were two of only about 8 good games he's actually had in the NFL. But I hate picking a team with Matt Cassell behind center even more. Ex-Patriot great Cassell has been worse than Brandon's music selections since his first year in Kansas City. I'd rather listen to Drake's little kid rhyming with the bass too loud in Cuddy's car than watch Matty quarterback my team. I don't see him helping the Cowboys depleted offense anymore than that dumbass ginger Weeden did the last few weeks. Fuck him. And the Cowboys.
YTD Record: 9-9

It only took 6 weeks for it to happen but it finally happened; I went winless last week. A blowout loss due to 2 red zone turnovers by Atlanta, for the second time this year the Patriots allowed a TD in the closing minutes for a backdoor cover and the Bears +3 turned out to be a push. No excuses but I do think the football gods were punishing me for the obscene amount of cocktails I consumed on last Friday and Saturday. As Rodney Dangerfield would say, “It was a rough one, ya know”.  I left the door wide open for the other two degenerates but do you think they took advantage? Nope. They were right next to me Friday and Saturday consuming an equal number of obscene cocktails. It was glorious except for the Narc we had in our midst but I digress. I only find myself in the hole by 1 this week. NBD. I’m hoping that the Cubs/Mets series goes seven so those two are distracted by their side wager… anyhow, on to the picks…

Minnesota Vikings -3 @ Detroit Lions PICK: VIKINGS -3
The Vikings have a sneaky good defense, like Midnight Stealth* sneaky. Just all up in the opposing offense shit. That spells trouble for Matt Stafford who seems to have forgotten how to be an NFL QB. They needed overtime to beat the Bears last week for their first win of the season. They basically have the same offense as last year but can’t seem to execute.  Their defense is atrocious. Minnesota’s offense only needs Adrian Peterson to win this one by 3. Not to mention, the Vikings have already beat the Lions in Minnesota by 10 in week two. That should equate to winning on the road by 4 or 4.5.

Oakland Raiders @ San Diego Chargers -4 PICK: CHARGERS -4
Not because the QB wears a silly bolo tie, but because San Diego translated from German means ‘whales vagina’ as most San Diegans know. San Diegans? Or is it San Dieguans? San Diego by 4 WHAAAAAMMMMMYYYY!!!!

Miggsy’s Monster Lock of the week:  New Orleans Saints @ Indianapolis Colts -4.5 PICK: COLTS -4.5
Ol’ neck beard had a rough outing last week against the defending superbowl champs, giving us one of the most boneheaded plays of all time. Seriously, what the hell was that? This week they don’t face the mind fuck that is Bill Belichick. They face the Aint’s at home. The Saints aren’t good. They have only won 2 games, both at home. One was gift wrapped for them by Atlanta and one was an OT win against Weedon and Cowboys. The Colts are better than that. The Colt’s 3 losses have all come at the hands of the AFC East which is the best conference in all of football with 3 out of 4 teams .500 or better. The Colts need to win these types of games in order to maintain their 1 game lead in their division. I got them winning by 6 this week.

*Midnight Stealth – waking up in the middle of the night with a raging boner and just rolling over and going to town on your unsuspecting woman. 60% of the time, it works every time.

Last week was fucking brutal. The 3 of us idiots combined for a grand total of 1 point. (Which I got, of course). You never expect to see a week that bad. Just like you never expect to see Dave Moore jogging or Scotty Pickles sober (Sorry fellas. I’m running out of ways to call Miggsy bald. There’s gonna be some collateral damage.). I wish I could have created a little separation with my counterparts both posting goose eggs, but oh well. Last week was like finding a candy corn in your advent calendar. They can’t all be winners, kid. I’m not worried though. With the other two picking games like Thurman Merman, I should eventually pull away in this horseshit contest. By the end of the year, Miggsy will be fixing me sandwiches and Danny making me wooden pickles (He’s a sweet kid). On to the picks.

Minnesota (-3) @ Detroit – The Pick: DETROIT +3
This pick doesn’t have a whole lot to do with Detroit. You’re never going to feel great picking Beach Ball Stafford and the loser Lions. But getting 3 points at home against the Vikings? I’ll take that. It’s a divisional game and Minnesota isn’t exactly a juggernaut. Not taking the home underdog here would be a mistake. Like telling our friend Derek something in confidence (Hopefully the guy never gets a hold of top secret information. Snowden would broadcast it to whoever is working out with him on arm day, which is every day I assume). Take the Lions at home. Don’t talk to Derek.

New Orleans @ Indianapolis (-4.5) – The Pick: INDY -4.5
I don’t care that the Saints beat Atlanta last week. New Orleans stinks. The city, the team, all of it. STINKS. However, they did burn my competition last week. Those imbeciles foolishly tried picking a Thursday night game. Come on, guys. You should know better by now. I’ll give them the benefit of the doubt and say Dan and Miggsy were distracted. Miggsy’s working on a lot of spreadsheets in order to pay for his pool/Scotts bathroom. Danny is breaking ground on a new career. Speaking of, here’s a live look at Danny at work: 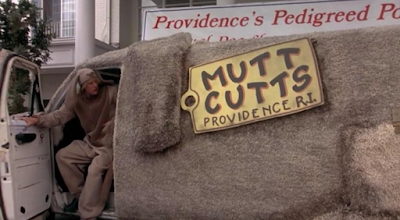 Anyways, the Colts aren’t great, but they played the Patriots somewhat tough. Well, up until the play. Ya know, the worst play maybe ever. I legit laughed out loud when they hiked that ball. The ref literally called an illegal formation on EVERYONE on left side of the football. Terrific stuff. Something tells me they aren’t rolling out any gadget plays on special teams this week. Colts carve up the horrid Saints defense, and win by double digits.

BRANDON’S BOOM PICK OF THE WEEK:
Dallas @ New York Giants (-3.5) – The Pick: GIANTS -3.5
Matt Cassel?...ARE YOU FUCKING KIDDING ME???!!! How does this guy keep getting work?? He’s the M. Night Shamalllanlananan of football. Guy had one good year and then turned into the last Air-Bender. He has to have the best agent in sports. He should be charging Cassel an 80% commission. The Giants were a steaming pile of shit on Monday night. But for whatever reason, they always struggle with Philly. On the other hand, they always play Dallas well. And that’s when Dallas is at full strength. Right now, the Cowboys offense is an island of misfit toys. Only laying 3.5 points is a god damn steal. Miggsy has a better chance of being in a hair band than Cassel covering this line. (Still got it). Giants by 2 touchdowns.