All tipsy-turvy in the standings this week. Uncle Miggsy coming off his second perfect week in a row jumps to the top of the charts. I've taken 7 of a possible 8 points in the last two weeks and I stay in second place. Right in the meaty part of that curve – not showing off, not falling behind. And then there's Brandon. Much like when the ladies talk about his gear, the less said about him, the better. I've never been a fan of the guy, honestly.

Pittsburgh (+3) @ San Diego THE PICK= SAN DIEGO
A huuuuuuuge part of this pick is the power of the bolo. Philip Rivers looks so fucking dapper in that dumb, leather strip tie. It's awesome. (Also, Brandon has an odd hatred of Rivers, so that helps).

I don't trust Michael Vick going into San Diego and being accurate with the ball. He hasn't looked good and he's headed west as an underdog (LOLZ!!!1!!1). He looks old, beat up & useless at this point. I miss unstoppable Madden '04 version of Michael Vick. That guy was impossible to beat.


Arizona (-3) @ Detroit THE PICK= Arizona
I'm pretty sure last week's Cardinals loss was an aberration. I'm quite sure they're a better team than the Lions at this point. Imagine losing to Matthew Stafford? That guy's face looks like a fucking blimp. It's so bulgy and round. If he goes to a baseball game, he's apt to be getting tossed around in the bleachers.

For whatever reason, Detroit's offense has looked terrible against even awful defenses. Arizona has one of the best defenses in the league. This doesn't bold well for hot air balloon head.

DAN'S DOMINANT PICK OF THE WEEK New England (-10) @ Dallas THE PICK = NEW ENGLAND
The vengeance tour rolls on. Tom Brady and the crew are headed to Jerry Jones stupidly overpriced stadium, and they're bringing hell with them. I see no way Dallas survives this. Lord Belichick will continue pushing his offense to score even when the other team is good and dead. The final of this could look like one of those Dream Team games from the old days. Like when they played Sardinia or something. A team whose best player was 5 foot 11 but only while standing on stilts. That's what's gonna happen Sunday to the Cowboys and that stupid fuckin' goober quarterback of theirs. God, Weeden sucks.

Well I really took it on the chin last week. 1 point, that’s all I got? 1 god damn point? 4 weeks in and I’ve already run the gamut between super high confidence and being on full tilt. That’s how it goes for the gamblin’ man. It changes that quick. One minute you think you got this game figured out. The next, you’re ordering chicken salad on rye with a cup of tea. I know one thing for sure though; I’m staying away from Rams games for a long time. I’m on the wrong side of them every week. That team's an enigma. Much like how Scotty Pickles functions from day to day…COMPLETE MYSTERY. My Raiders pick last week lost for only 1 reason. IT WAS FIXED! That’s right, I said it. Jay Cutler decided to play 10 minutes before kickoff. How convenient. Now, Man-Tits McGillicuddy & Uncle Fester have passed me in the standings. Fuck them. On to the picks.

Buffalo (-3) @ Tennessee – The Pick = TITANS +3
The Bills are operating like every Rex Ryan coached team before them. All bark, no bite. They had something like 97 penalties last week (estimated). Now both their running backs are on the shelf (I for one am as shocked as anyone that McCoy is hurt). Meaning Tyrod Taylor has to win them the game. Look real football is different than fantasy football. Taylor might be getting points in your fantasy league, but he’s a below average real life QB. I don’t think Buffalo should be road favorites against any team that doesn’t play in Florida. Tennessee is coming off a bye, so they’ve had 2 weeks to prepare for this game. They aren’t anything special either. But taking a rested home underdog against an overrated team is what we call in the gambling world, getting back to basics. Titans by a field goal.

Cleveland @ Baltimore (-7) – The Pick = BROWNS +7
The Ravens shouldn’t be a 7 point favorite against ANYONE. This line is absurd. I mean, is Cleveland planning on playing with less players and I don’t know it? Baltimore had to be gifted a victory in OT last Thursday. And that was with the Steelers starting their dog-killing QB instead of their Rapist QB. We all know that Cleveland sucks, but Baltimore isn’t 7 points better. It’s just too many points for a division rivalry. This game will be uglier to watch than Danny in the shower. So look away, but grab the points.

BRANDON’S BOOM PICK OF THE WEEK:
New England (-10) @ Dallas – The Pick = PATS -10
This isn’t just the lock of the week. It’s quite possibly the lock of the century. The Patriots are coming off a bye. They’ve had 2 weeks to prepare for Brandon Weedon. It’s not even fair. Brady & Co. have plenty of motivation already to try and kill every opponent they face. But they were gifted even a little extra incentive this week. Greg Hardy, pillar of women’s rights, made comments about Brady’s wife and her family. DEAD MAN WALKING. The Pats, and Brady specifically, will never respond publically to this bullshit. And they constantly blow smoke up every team's ass. But I guarantee they will make a point to talk to Hardy after every scoring drive. All the Cowboys will know who to thank after Brady is throwing TD’s in the 4th quarter while already up 30. If Jason Garrett were smart (he isn’t), he’d bench Hardy and personally apologize to Brady & Belichick before the game, to try to minimize the level of embarrassment his team will be facing Sunday. This line could have been 20 and I would have probably taken it. Jerry Jones will need a lot of consoling after the game, so Dallas hookers should be excited. Jones also said months ago that Roger Goodell was doing a good job with deflategate. So his old leather face was already on the Pats shit list. New England by a thousand.


I went 3 for 3 again last week. My God am I awesome. Here’s a live look in on Brandon’s lead. 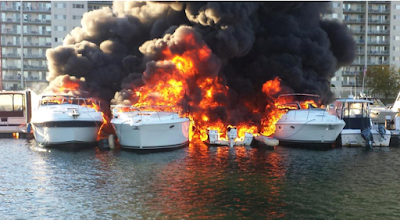 Oohhhh. How I've longed for this moment, BCuddy. The day when I would have the picks I needed to hall you out of your cushy lair and expose to the light of justice as the monster that you are. A monster so vile... (Guy in the background): MIGGSY!

Speaking of vile monsters, we have Danny. He should stick to reviewing scary movies for some shitty blog (wait a second!?!?!) because picking football winners ATS isn’t his thing. Plus his new dog walking job will probably take up most of his free time so he’s no concern of mine.
As they say at H&H, Let’s Bagel…

Denver Broncos -5 @ Oakland Raiders Pick: BRONCOS -5
The Broncos defense alone is good enough to win this game by 7. The only reason this spread isn’t higher is because it’s a division game on the road. The Raiders lost to Chicago last week. CHICAGO! The actors from the musical are tougher than the guys on their football team. If you can’t beat them how do you expect to compete against the #1 ranked defense in the league? You can’t. Broncos by at least 10.

San Francisco 49ers @ New York Giants -7 Pick: GIANTS -7
The 49ers are a shell of their NFC Championship and Superbowl losing teams from 2011 and 2012 respectively. Their best defensive players have retired and their offense looks like something you might find on the floor in the men’s room at Delany’s Pub. The Giants on the other hand have only lost two close games to good opponents, the Romo led cowboys and the undefeated falcons. Giants should roll over them at home in primetime.

Miggy’s Monster Lock of the Week: Arizona Cardinals -3 @ Detroit Lions Pick: CARDINALS -3
I wanted to take the Pat’s here so bad but that has back door cover written all over it. I see the pats taking it easy after the half. The Cards/Lions spread seems off to me. The Lions are winless and Arizona is a top 5 team in the NFL. This spread should be at least 6/6.5. The Cardinals only loss to a good defense on the road to a divisional opponent and they only lost by 2. Their offense puts up big numbers and will only be bolstered by the return of Andre Ellington. I don’t expect him to be a start or get a lot of snaps because CJ2K has been phenomenal in his place but it is a case of the rich getting richer. Detroit can’t put up points. They should be focusing on the games they can win this year, the two against Chicago. Everyone on the Detroit roster would be a backup on most teams. Much like the city itself, that team is dead.
Posted by Justin Enuffa Ballard at 3:18 PM