Well, well, well, take a look at your boy from last week 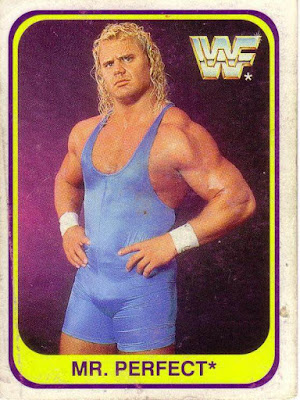 That's right, undefeated and perfect last week. Not like those other two schlubs. Nope, they don't know anything about perfection. Nope, clueless about perfection in picks, in life, even with ladies. Hell, their idea of a perfect date with a chick is all you can eat pasta at the Olive Garden, then taking the bus home so they can be a gentleman and wear a condom.  Buncha losers, ya ask me.


Arizona (-4.5) @ Cleveland THE PICK - ARIZONA
Supposedly, Cleveland Rocks. At least, that's what some Bob Barker wannabe has told us for years. But as we know, the Browns do not. Their name is synonymous with how their team plays. Like shit.  Arizona has had some odd losses this year, but I don't see it happening this week. Arizona's offense should run all over the broken levy that is the Browns defensive line.

Tampa Bay (+7.5) @ Atlanta  THE PICK - Atlanta
The Bucs run defense definitely gives me pause in this pick. They've been able to stop the run this year. But their offense has been bad. Like Miggsy's short game bad. Cuddemi's "hairline" bad. Sure, the Falcons only scored ten points last week, but Matty Ice threw for over 250, their running backs gained more than 100 on the ground, and they gained 122 more yards than Tennessee. What I'm saying is, it shoulda been a bigger win. And this week, they'll make up for it.


DAN'S DOMINANT PICK OF THE WEEK
Seattle (-6) @ Dallas  THE PICK - SEATTLE
This one's easier than shitting your pants on the 11th tee box (You're a fucking savage, Cuddy). Matt Cassell is still the starter in Dallas. And Matt Cassell still stinks. The Seahawks haven't looked good this year, but Dallas looks like the stuff that's stuck behind a molar you pluck out with a toothpick and spit on the streets. That's right, the Cowboys are street plaque. DEAL WITH IT.

Another rough week is in the books. Somehow, I escaped with 2 points. If I had any real competition, I’d be left in the dust. But, lucky for me, I get to go against the Dog Whisperer and Sinead O’Connor. Danny will probably mention that he had a perfect week. And I’m sure he’ll say it in a shit way because he’s an asshole. But up until now I had forgotten he was still in contention. I thought all he did was scout dive bars and Halloween movies. Speaking of Halloween, I think I need to bring something to your attention….Halloween stinks. I didn’t like it as a kid, and I sure as shit don’t like it now. I remember giving it a try. Mom gets the “one size fits all” costume which really means it doesn’t fit anyone. On top of that, it’s the wrong thing. Oh, and its 50 degrees with a light breeze so you know what that means - gotta put on that winter coat. So now you’re a North Face superhero. Only it isn’t North Face, it’s whatever the cheap brand was back in the day that got you made fun of and beat up. Then after all that you get to walk around for 90 minutes collecting circus peanuts and candy corn from a bunch of assholes. “And what are you supposed to be?”  ”I’m an overheated, sad child aimlessly searching for one shit house that wasn’t too cheap to actually get a Reese’s or a Twix on this fucking block.” Clearly, I have a lot of repressed feelings on the subject so maybe I should move on before I have to call up the therapist again. On to the picks.


San Diego @ Baltimore (-3) – The Pick: San Diego +3
I hate the Ravens even more than I hate that Bolo-tie wearing doofus. Baltimore sucks something fierce and it’s glorious. They shouldn’t be favorites against any team not from Houston. San Diego is bad too, but they match up well here. The Chargers have no running game. Not even the hint of one. But they don’t need to run this week taking on the ABYSMAL secondary for Baltimore. I have a plant in my house that I forget to water for weeks on end and I think it could be the 2nd best cover corner for the Ravens. San Diego wins outright.

Green Bay (-3.5) @ Denver – The Pick: Denver +3.5
Look, I don’t feel comfortable at all picking this game in either direction. This is purely a gut play. The line is completely skewed by Manning’s noodle arm. If he could throw further than 15 yards it would be the opposite. I get it. But Denver’s defense is legit. I think it’s the best in the NFL, and it’s the reason they’re any good. And for the life of me, I can’t see why the #1 defense for an undefeated team is a home underdog. I understand Green Bay is also very good and undefeated. But they haven’t looked razor sharp lately. Their run offense is shaky at best. I don’t trust Starks to produce every week. And Eddie Lacy has been hitting more buffets than running lanes this season. Rodgers is great of course, but Denver matches up against his weapons. The Aqib Talib and TJ Ward cornerback tandem is arguably best in the league. Green Bay’s defense is ok, but I think there are opportunities for even Spaghetti-Arm to take advantage of. Typically, home field is worth 3 points when handicapping. So this line suggests the Packers are 6.5 points better than Denver. I just don’t see it that way. Complete hunch, but Denver wins 23-21.

BRANDON’S BOOM PICK OF THE WEEK:
Seattle (-6) @ Dallas – The Pick: Seattle -6
Matt Cassel is still the QB for the Cowboys, right? Yeah I’m betting against them until they get Romo back. Dez Bryant might play in this game, but coming off a broken foot and with nobody to throw him the ball, I expect him to have a quiet day. Well, up until he loses his shit and makes Cassel cry on the sidelines. And then Greg Hardy punches Cassel’s wife. Hey, look, we can’t say any of this is off the table. All possible. Jerry Jones said Hardy was a leader and you just got to let leaders lead. On the other side, Seattle hasn’t stopped having nightmares of Malcolm Butler. But they’re still a good team, and in need of wins to keep up in their division. Seahawks by at least 10.

Ugggghhhh I’m in a bad way right now. I only got one point from last week, just awful the last two weeks. It’s like I’m treating these pick like I treat Pam, with real weak performances. My one point did come at the expense of Brandon though so that made me happy. I mean the guy has the Mets in the World Series, what a loser. I think Danny might be in first place now. What a turnaround for that guy huh? He goes from spending most of his day on his couch, talking to his pets to being employed in a sick office with free beer and ping pong as well as the top of the leaderboard. This is not the reality I know. The universe should correct itself soon and I will find myself in first yet again.


Arizona Cardinals – 6 @ Cleveland Browns PICK: Cardinals -6
As long as the Browns are going with a McCLOWN I’m betting against them. They should be playing Johnny Football. The Cardinals D is going to eat up the Browns. The Browns should dress up like a real football team for Halloween and see if that helps.

Seattle Seahawks -6 @ Dallas Cowboys PICK: Dallas +6
I’ll take the points in this one. Dallas has played a lot of tough teams and basically lost them all because they were without Tony Romo. On the other hand, Seattle has only beat bad teams. Dallas is not a bad team. Matt Cassel gets his second start under center for the ‘Boys which should give them a little more confidence. I think they’ll lose but not by 6.

Miggsy’s Monster Lock of the week:  Tampa Bay Buccaneers @ Atlanta Falcons -7.5 PICK: Falcons -7.5
I only picked this game because there is a lack of a more meaningful alternative. Am I confident in this pick? No. I think this line should be -6. So why am I taking it at -7.5? I have no idea. After several beers last night, I tried to convince Danny and Brandon that I took the Pats as my lock of the week last and they were having none of it. So they left me with no choice.
Posted by Justin Enuffa Ballard at 12:08 PM